BTG Int'l: Can an Accused Infringer's Victory In an Inter Partes Review Proceeding Lead to Its Defeat in Patent Infringement Litigation? 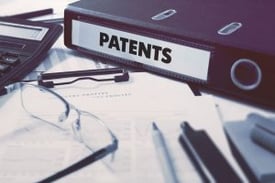 Use of the inter partes review (IPR) process as a means to challenge the validity of a patent could be dealt a blow by a patent case currently on appeal to the Federal Circuit, BTG International Ltd. v. Amneal Pharmaceuticals LLC, No. 15-cv-5909, 2018 U.S. Dist. LEXIS 183854 (D.N.J. Oct. 25, 2018), in which Appellants are asking the Court to conclude that, under a literal reading of the relevant statutes, an accused infringer is estopped from using an argument for invalidity of a patent because the argument proved to be successful in an IPR.  The defendants in BTG say this result would be absurd, and even though the United States Patent and Trademark Office ("PTO") urges adoption of the literal interpretation of the statute, it concedes that it is "counterintuitive."

The America Invents Act of 2011 included provisions allowing any person to petition the PTO for an inter partes review of the claims of an issued patent, on the ground that the prior art -- the prior state of the technological subject matter of the application -- shows that the patent claims are invalid for not being novel and "non-obvious" as required by 35 U.S.C. Secs. 102 and 103.  If the petition is accepted, the IPR proceeds before an administrative panel, the Patent and Trademark Appeal Board (PTAB), which will issue a "final written decision" on the validity of the claims, 35 U.S.C. Sec. 318(a), which decision can be appealed to the Court of Appeals for the Federal Circuit (35 U.S.C. Sec. 141(c)).

While invalidity of the patent based on the prior art can be raised as a defense to a claim of patent infringement in civil litigation, the IPR procedure is intended to be a streamlined alternative to patent infringement litigation.  Pre-trial discovery in an IPR is limited, and the PTAB is statutorily obligated (subject to certain defined exceptions) to issue the final written decision within a year after institution of the IPR.  35 U.S.C. Sec. 316(a)(11).

What happens when validity of a patent is simultaneously at issue in an IPR and a pending infringement lawsuit?  The court of course can always choose to stay the litigation in deference to the IPR.  However, that decision to stay is discretionary with the trial court, and a stay is sometimes denied.  Malibu Boats, LLC v. Mastercraft Boat Co., LLC, No. 3:15-cv-276, 2016 U.S. Dist. LEXIS 123699, at *5-6, *8 (E.D. Tenn. Sept. 13, 2016) (listing the discretionary factors to be weighed, and noting that a stay is usually denied where the parties to the PTO proceedings are competitors).  If that occurs, both the PTAB and the court could end up addressing validity, which is what happened in BTG.

In BTG, numerous generic drug manufacturers were sued for infringement of a patent covering a pharmaceutical compound for treating prostate cancer ("the '438 patent").  Pursuant to the Hatch-Waxman Act, the manufacturers had filed "ANDAs" (Abbreviated New Drug Applications) seeking approval to start marketing generics based on the brand name manufacturer's disclosures to the FDA.  21 U.S.C. Sec. 355(j).  The ANDAs prompted the brand name manufacturers (BTG, et al.) to file suit pursuant to 35 U.S.C. Sec. 271(e)(2)(A), claiming that the ANDAs constituted patent infringement.  After the lawsuit was filed, the defendants petitioned for IPR review of the patent, which petitions were granted.

Defendants did not seek from the court a discretionary stay of the litigation while the IPRs were pending, probably due to a procedural quirk unique to litigation under the Hatch-Waxman Act.  (Under Hatch-Waxman, approval of the ANDA is delayed for a 30-month period if litigation is pending.  The court may shorten or lengthen that period if a party "failed to reasonably cooperate in expediting the action."  21 U.S.C. Sec. 355 (j)(5)(iii).  A court would likely deem a defendant who requests a stay to have failed to "cooperate in expediting the action," and order an increase of the 30-month period.).

In a lengthy footnote in its written findings and conclusions, the court disposed of Plaintiffs' novel argument that Defendants' victorious invalidity arguments raised in the IPRs could not be raised in the litigation.  "[T]he plaintiffs seek to estop defendants from asserting the invalidity of the patent, an issue on which the defendants prevailed before the PTAB."  2018 U.S. Dist. LEXIS 183854, at *44 n.13.  Plaintiffs cited 35 U.S.C. Sec. 315(e), entitled "Estoppel," which provides that the petitioner in an IPR "that results in a final written decision under section 318(a) . . . may not assert [in civil litigation] . . . that the claim is invalid on any ground that the petitioner raised or reasonably could have raised during that inter partes review."  35 U.S.C. Sec. 315(e)(2).  Plaintiffs argued that the literal language of 315(e)(2) precludes assertion in litigation of "any ground" of invalidity raised in the IPR, even if Defendants' ground was adopted in the PTAB's final written decision.

The court conceded that 315(e)(2) "may be read in the manner that plaintiffs propose."  2018 U.S. Dist. LEXIS 183854, at *44 n.13.  However, "[t]he manifest statutory intent" was to estop a defendant only from raising an argument that was unsuccessful before the IPR.  "I do not accept . . . that Congress intended to require a party to stand mute in court because it previously prevailed on the same issue before the PTAB."  Id.

After Plaintiffs in BTG appealed to the Federal Circuit, the PTO took the unusual step of filing an amicus brief in support of Plaintiffs on the estoppel issue.  The brief "acknowledges that the plain language . . . leads to the counterintuitive result that a district court would not be able to consider invalidity arguments the Board found persuasive," but the courts should follow "the natural meaning of this text."  Amicus Brief, p. 4.  The Defendants' appellate brief counters that the obvious intent behind the estoppel provision was to prevent a defendant from trying to get a different result from a federal court with arguments already rejected in the IPR, and that "[t]he statute should be construed consistent with traditional collateral-estoppel principles."  Brief, p. 18.  "Collateral estoppel is a consequence of losing, and Appellees did not lose."  Id.

Is the controversy a result of poor drafting by Congress?  Congress may have felt no need to expressly carve out successful arguments from the estoppel provision in 315(e)(2) if  it reasonably believed that a victorious argument in the IPR would simply end litigation over the invalidated claims.  Specifically, if the PTAB concludes in its "final written decision" under Section 318(a) that one or more claims of the patent are invalid, and the decision is affirmed on appeal (or if the time for appeal has expired), then the PTO issues a certificate "canceling any claim of the patent finally determined to be unpatentable."  35 U.S.C. Sec. 318(b).  Those claims then cannot be the basis for a claim of patent infringement.

However -- and here is where the possible sloppy drafting occurred -- the estoppel provision refers not to a "final decision," but rather to the PTAB's "final written decision under section 318(a)."  That decision, though, is not "final" for purposes of cancelling the claims until the appellate process is exhausted.  Congress could have provided that estoppel is triggered only after the IPR was "finally determined," in the words of 318(b), but it did not.  Query whether the drafters of sections 315 and 318 contemplated the scenario that BTG presents:  a PTAB decision in favor of the accused infringer that is "final" as defined by 315(e)(2) and 318(a), but not final as in "finally determined" for purposes of cancelling the claims under 318(b) (because the decision is still subject to appellate review), so litigation over the claims is not yet precluded.  Query also whether Congress intended to impose on an accused infringer such a tough choice, i.e., having to weigh the value of a successful IPR against not being able to use in patent litigation possibly its only winning defense (note that, in BTG, the court concluded that Defendants would have infringed the '438 patent if not for the prior art that led the court (and the PTAB) to conclude that the patent was invalid, 2018 U.S. Dist. LEXIS 183854, at *110).

Plaintiffs' response presumably will be that, even if the language of Section 315(e)(2) does not reflect Congress' intent, it is a matter for Congress not the courts to correct.  Lamie v. United States Trustee, 540 U.S. 526, 542 (2004) ("If Congress enacted into law something different from what it intended, then it should amend the statute to conform it to its intent.  'It is beyond our province to rescue Congress from its drafting errors, and to provide for what we might think . . . is the preferred result.'") (citation omitted; omission of text in original).

The Federal Circuit, it seems, will have to choose between a literal reading of 315(e)(2) that creates a harsh, "counterintuitive" result, or a more creative reading based on its perception of Congress' subjective intent.  In any event, until this issue is resolved, patent practitioners will have to advise clients on the potential collateral damage a victory in the IPR process could do to the client's best (or only) defense in patent infringement litigation.