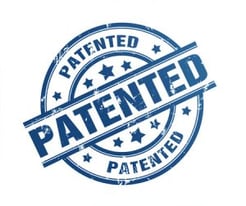 In a decision viewed as unfavorable to enforcement of patent rights, the Supreme Court in Impression Products v. Lexmark Int'l, 137 S. Ct. 1523 (2017), gave an expansive interpretation to the "patent exhaustion" doctrine, holding  that an initial sale of a patented product "exhausts" patent rights.  Where exhaustion applies, the patent owner is relegated to enforcing post-sale restrictions on use of its patented product via contract law, rather than patent law.  However, in the context of licensed patents, well-crafted license terms should still, in some instances, leave open the possibility of a patent infringement suit against purchasers of the patented product, by defining the post-sale restriction so that the initial sale to a violator of the restriction is outside the scope of the patent license and thus not subject to the exhaustion doctrine.

In Impression, Plaintiff Lexmark sold patented printer cartridges, and, to encourage sales of replacement cartridges, the terms of sale allowed only a single use by the buyer and prohibited the buyer from re-selling the cartridge or re-using it when the toner ran out.  To enforce these restrictions, a microchip was built into the cartridge to prevent re-use.  137 S. Ct. at 1530.  However, third parties like Defendant Impression Products developed a workaround for the chip, allowing the cartridges to be refurbished and re-used, and to be resold to consumers, contrary to Lexmark's initial terms of sale.  Id.

Lexmark sued Impression, claiming that Impression's sales of refurbished cartridges were infringing, because, under the terms of Lexmark's sales contracts with its customers, the sales were unauthorized, and 35 U.S.C. Sec. 271 expressly defines patent infringement as including a sale of the patented product that occurs "without authority."  Impression countered that the initial Lexmark sale of the cartridge to a customer exhausted all patent rights in the product.  The Federal Circuit, sitting en banc, agreed with the patent owner.  Id.

The Supreme Court, though, rejected the Federal Circuit's interpretation of the doctrine, holding that "patent exhaustion is uniform and automatic. Once a patentee decides to sell -- whether on its own or through a licensee -- that sale exhausts its patent rights, regardless of any post-sale restrictions the patentee purposes to impose, either directly or through a license."  Id. at 1535.

The Court explained that the exhaustion doctrine arises out of the "common law principle against restraints on alienation," to which "patent rights yield."  Id. at 1531.  Patent rights adhere only to the first sale by the patent owner or the patent owner's licensee, after which, as far as patent law is concerned, the owner of the item may do with it what he wishes.  The Federal Circuit, the Supreme Court said, erred by viewing the exhaustion doctrine as arising out of the definition of infringement in Section 271, rather than as a pre-existing limitation on patent rights arising from common law.  Id. at 1533-34.  "[T]he sale transfers the right to use, sell, or import because those are the rights that come along with ownership . . . ."  Id. at 1534.

The decision was a setback to patent owners because, even though the Court expressly stated that patent exhaustion does not preclude a claim for breach of contract for violating post-sale restrictions, a breach of contract action is often an inadequate substitute for a patent infringement action, for several reasons.  First, there may not be federal jurisdiction over a case sounding only in contract, and the patent owner may prefer to sue in federal court.  Second, the offending party that the patentee owner prefers to sue (as opposed to suing individual consumers or end-users) may not be in contractual privity with the patent owner, which was the case in Impression.  Third, there are potential defenses to a state contract law claim that are irrelevant in a patent infringement case.  Fourth, patent law offers remedies generally not available under state contract law:  i.e., even if lost profits cannot be proven, the patent owner is entitled by statute to damages in the form of a reasonable royalty (35 U.S.C. Sec. 284; Mentor Graphics v. EVE-USA, 851 F.3d 1275, 1286 (Fed. Cir. 2017)); the patent owner's compensatory damages may be trebled when it proves infringement is "willful" (Halo Electronics v. Pulse Electronics, 136 S. Ct. 1923, 1932 (2016)); and the owner can recover attorneys' fees for an "exceptional" case (35 U.S.C. Sec. 285).

The Court in Impression confirmed that the exhaustion doctrine applies to a sale by a licensee: if, post-sale, the purchaser does not comply with restrictions in the license, "the only recourse for the licensee is through contract law, just as if the patentee itself sold the item with a restriction."  137 S. Ct. at 1535.  Nevertheless, the Court was careful to note that a sale by a licensee that is not within the scope of the license at the time of sale would not exhaust patent rights, meaning the licensee could be sued for patent infringement for the sale, and so could the purchaser, if it "participated in the licensee's infringement."  Id.

A post-Impression district court case shows how the argument that a sale is outside the terms of the license can defeat a patent exhaustion defense.   In Audio MPEG Inc. v. Dell Inc., 2017 U.S. Dist. LEXIS 127560 (E.D. Va., Aug. 9, 2017), Plaintiff had licensed to Microsoft its patents relating to playing audio files.  Microsoft embodied the patented technology in the code that allowed playing of audio files in the Windows operating system, which it sold to Defendant Dell for incorporation into personal computers.  Id. at *2-6.  The Dell computers though, also included non-Microsoft third-party software that could call certain parts of the code in the Microsoft operating system, known as "codecs," which allowed the third-party software to use audio files.  Id. at *6-7.  Plaintiff sued Dell for patent infringement for including that third-party software in its product.

To counter Dell's defense that the sale by Microsoft under the license exhausted patent rights, Plaintiff argued that the Microsoft codecs that the third-party software used were not included in the scope of the license, which granted only a right to sell "PC Software."  The latter was a defined term under the agreement, which, Plaintiff argued, licensed sales only of the part of the Microsoft software that called the codecs, not the codecs themselves.  Defendant argued that the definition of "PC Software" was broad enough to convey a license to Microsoft to sell the codecs.  Id. at *19-22.  The court found the term "PC Software" to be ambiguous and denied Defendant's motion for summary judgment based on patent exhaustion.

The case shows that provisions that may seem like an attempt, contrary to Impression, to enforce a post-sale restriction (e.g,, you can't use our patented technology with third-party software) via patent law, could, with proper drafting, be construed as defining a sale that is outside the scope of a license and thus not subject to the exhaustion defense.  Software patents seem ripe for such an approach, given that the software is a mere component of the actual product sold to the end-user; the patent owner may craft the definition of  the licensed component ("PC Software" in Audio MPEG)  to fit  the desired post-sale restrictions on use.  One also expects to see in the software patent context, post-Impression, the argument that the transaction doesn’t involve a "sale" at all, but merely the grant of a license to the end-user to use software.  Such arguments are already common in copyright law, which has a (statutory) first sale rule similar to the exhaustion doctrine in patent law.  Apple Inc. v. Psystar Corp., 658 F.3d 1150, 1155-56 (9th Cir. 2011) (citing the factors, used in copyright "first sale" cases, for distinguishing a sale of software from a license to use the software).

In sum, the post-Impression-ist landscape is one in which, application of the patent exhaustion defense can still depend on the specific wording of a license agreement, much as it did before the case was decided.