It's Art, But Is It Transformative? The Supreme Court Decides to Address a Thorny Issue of Copyright Law in Warhol 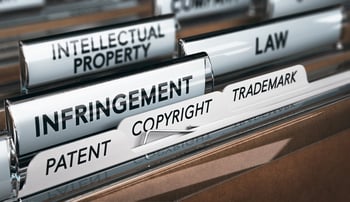 On March 28, 2022, the Supreme Court agreed to review Andy Warhol Foundation for the Visual Arts, Inc. v. Goldsmith, 11 F.4th 26 (2nd Cir. 2021), in which the Second Circuit Court of Appeals held that an illustration by the late artist Andy Warhol did not make "fair use" of a photograph of the late musical artist Prince, and therefore the illustration infringed the copyright on the photo.  The Supreme Court will address the claim that the Second Circuit's view of fair use is too restrictive, in that it would stifle the creative use of pop culture references in artistic works.  The Court may also use the case as a vehicle to address more generally the "transformative use" test in copyright law, which legal scholars have called "all things to all people," "confusing," and in need of "further judicial clarification."  Petition for Certiorari, pp. 31-32 (citations omitted).

Warhol involves a photograph of Prince taken by Lynn Goldsmith in 1981. Goldsmith licensed the photograph to Vanity Fair magazine for one-time use as an "artist reference," which means that that photograph was to form a basis for an illustration created by an artist.  11 F.4th at 34.  The illustration based on the photograph was duly created and ran in Vanity Fair's November 1984 issue.  That should have been the end of the story, except that the illustration based on the Goldsmith photograph was created by none other than Andy Warhol, famous from the 1960s for his "pop art" style and for multimedia events such as 1966's "Exploding Plastic Inevitable."  Warhol went on to use his illustration based on Goldsmith's photograph as the basis for silkscreen prints and pencil drawings of Prince, in a style reminiscent of Warhol's iconic Marilyn Monroe portraits.  Copies of the Prince illustrations, known as Warhol's "Prince Series," were later licensed for commercial uses by the Warhol Foundation, which had become the owner of the Prince Series images after Warhol died.  Id. at 35.  When Goldsmith became aware of this exploitation of her Prince photo, she claimed copyright infringement.

In the subsequent lawsuit, the Foundation asserted the fair use defense. The fair use doctrine "'permits courts to avoid rigid application of the copyright statute when, on occasion, it would stifle the very creativity which that law is designed to foster.'"  Google LLC v. Oracle Am., Inc., 141 S. Ct. 1183, 1196 (2021) (citation omitted).  The defense is codified in 17 U.S.C. Section 107, which provides that copying a work "for purposes such as criticism, comment, news reporting, teaching . . . scholarship, or research" is fair use.  Section 107 then sets forth four factors to consider when determining fair use "in any particular case" not covered expressly by the list of permissible purposes. The first statutory factor, "the purpose and character of the use," involves, according to the Supreme Court, an assessment of whether the later work is "transformative," although, interestingly, that word is not used in Section 107.  A "transformative" use occurs when, rather than "the new work merely 'supersed[ing] the objects' of the original creation," it "adds something new, with a further purpose or different character, altering the first with new expression, meaning, or message."  Campbell v. Acuff-Rose Music, Inc., 510 U.S. 569, 579 (1994) (finding a parody to be fair use).

Despite the nominal four-factor test, "in practice, the transformativeness inquiry is virtually always dispositive of the fair use question."  Petition for Certiorari, p. 5. "A court generally cannot find fair use unless the copier's use is transformative." Google, 141 S. Ct. at 1218 (Thomas, J., dissenting).  In Warhol, the Foundation naturally argued that Warhol's use of the Goldsmith photo was transformative.  The Second Circuit was skeptical.  Although it conceded that each of the Prince prints was "immediately recognizable as a 'Warhol'" (11 F.4th at 43), the court was clearly bothered by the minimal nature of the alterations to the original photo by the artist, which consisted of merely "flatten[ing]" the photo by removing "depth and contrast" and adding "loud, unnatural colors" (id.).  (See the illustrations in the Warhol opinion, 11 F.4th at 34-35 and in Tiffany Hu, "High Court to Consider Warhol Copyright Ruling," Law360 Mar. 28, 2022).  "Crucially, the Prince Series retains the essential elements of the Goldsmith Photograph without significantly adding to or altering those elements."  11 F.4th at 43. "[T]he secondary work's transformative purpose and character must, at a bare minimum, comprise something more than the imposition of another artist's style on the primary work such that the secondary work remains both recognizably deriving from, and retaining the essential elements of, its source material."  Id. at 42.  Warhol, it concluded, did not do "something more" and the Foundation thus could not make out a fair use defense to infringement.  Id.

In its petition for certiorari, the Foundation claimed that the Second Circuit's view "directly contravenes" other Circuits' decisions and the Supreme Court's "guiding principle," expressed in Campbell and Google, "that the transformativeness inquiry turns on whether the new work add[s] its own 'expression, meaning, or message'" (Petition, p. 19).  The petition refers to this formulation as "the governing message-or-meaning standard" (id. at 21), and asserts that message-or-meaning does not depend on "the degree to which that work [the original copyrighted work] was altered" (id. at 19).

In plain English, the question comes down to: for purposes of determining fair use, does it matter that Warhol did not change the look of the photo much?  According to the petitioner, it does not.  The petition cites the example of Warhol's famous 1960s paintings of Campbell's Soup cans; Warhol exactly duplicated the cans' look "to comment on consumerism" (p. 6), but "[n]o one has seriously questioned" that they were fair use (id. at 7).  Justice Breyer's opinion for the Court in Google seems to allude to (and condone) Warhol's approach, noting, in dicta, that "[a]n 'artistic painting' might, for example, fall within the scope of fair use even though it precisely replicates a copyrighted 'advertising logo to make a comment about consumerism.'"  141 S. Ct. at 1203 (citing the treatise Nimmer on Copyright).

The petition also cites the explanation from the Museum of Modern Art's website of "appropriation," which is a "strategy" by artists that involves "the intentional borrowing, copying, and alteration of existing images and objects." / > "Pop artists . . . [have] made art directly from . . . consumer goods, mass media, and popular culture." Id.  "[A]ppropriating, sampling, and remixing elements of popular culture is common practice for artists working in many different mediums . . . ."  Id. As an amicus brief in Warhol puts it, "the use of existing cultural artifacts to create new works and new meanings -- often with limited (or no) formal changes -- has long been, and remains, integral to art making."  Brief for Amici Curiae Barbara Kruger and Robert Storr, p. 24.  An affirmation of Warhol, though, according to the Warhol Foundation, would "chill expressive activity and artistic creation" (Petition, p. 17) by leaving artists unsure about the extent to which extent they will be allowed to appropriate pre-existing, recognizable, copyrighted works for their own works.  Given the fact that much of pop culture imagery derives from such copyrighted works (films, photos, TV shows, TV ads, music videos), it is hard to dispute that an artist who sought to comment on that culture would be frustrated if the contents of his or her toolbox were limited to uncopyrighted material.

However, the Supreme Court will also have to consider whether there is merit to the Second Circuit's reluctance to base its decision on the artist's "subjective intent" and to "assume the role of art critic."  Warhol, 11 F.4th at 41. If taken to an extreme, the idea that the subjective intent of the artist can change an old work into a new one, despite minimal or no changes, leads to absurdity, as recognized long ago in Jorge Luis Borges' satirical 1939 short story "Pierre Menard, Author of the Quixote."  In the story, the title character painstakingly writes out several excerpts of Cervantes' novel "Don Quixote" exactly, word-for-word, but claims it is not copying because his background as a 20th-century man is so different from that of Cervantes; a literary critic then not only agrees with him but praises the new version as superior to the original.  Along the same lines, query how enthused the Warhol Foundation would be if a company sold merchandise based on the Prince Series images (which images are copyrighted (Warhol, 11 F.4th at 35)) and insisted it was fair use because somehow the "message" is different than Warhol's.

Furthermore, lurking in the background of transformative use cases is the copyright owner's right "to prepare derivative works based upon the copyrighted work," 17 U.S.C. Section 106(2), such as a film adaption of a novel, 17 U.S.C. Section 101 (definition of "derivative work," which includes a "dramatization, fictionalization, motion picture version . . . art reproduction . . . or any other form in which a work may be recast, transformed, or adapted" (emphasis added)).  If courts are too generous in dispensing the "transformative" label on the copying of a single work, they "risk[] crowding out statutory protections for derivative works."  Warhol, 11 F.4th at 39.

Just last year, the Supreme Court decided a fair use case, Google v. Oracle, ruling 6 to 2 (one justice did not participate) that copying of "declaring code" from an application programming interface was fair use, and transformative. 141 S. Ct. at 1204, 1209.  Although in Google neither the majority nor dissenting opinion suggested there was anything wrong with the transformative use test, taking another fair use case so soon after Google naturally invites speculation as to why.  The Court may now recognize the confusion in this area, and it may want to thoroughly re-examine the concept of transformative use, which could have repercussions for copyright law beyond the specific context in Warhol of the visual arts.  The grant of certiorari thus presents an opportunity for the Court, as the petition urges (p. 32), to "restore clarity and predictability to this exceptionally important issue of copyright law."