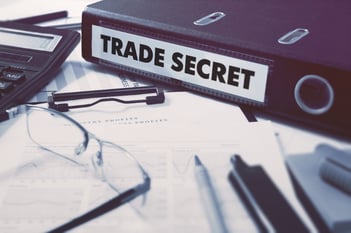 Trade secret litigation, besides the potential to be expensive and onerous, carries with it risks to sensitive trade information.  Because a trade secret can become public at the outset of litigation, it is important for businesses to be aware of the steps they can take to limit the publication of these assets.  In a technologically-developed world, with live trial streaming, 24-hour news stations, and legal-specific blogs, access to public trials—and their contents—has expanded nationwide.

In general, there is a constitutional right to access public proceedings which arises if the proceedings have historically been open to the public.[1]  The State of Ohio is not the exception, as the Ohio Supreme Court has recognized the public's First Amendment right to attend and access court proceedings.[2]  However, there are certain protections available under the federal Defend Trade Secrets Act (DTSA) and the Uniform Trade Secrets Act (UTSA) which can be used to qualify the right to access public court proceedings, including matters dealing with sensitive information, such as trade secrets.

Companies are rightfully wary of any public trial that could expose or highlight their trade secrets.  While most civil proceedings are subject to public disclosures and access, certain steps can be taken to minimize the level of exposure a trade secret may receive.  As noted in our latest blog post, Be Reasonable: Protecting Against Misappropriation of Trade Secrets, actions can be taken to protect trade secrets prior to trial.

However, even with the best protective efforts, trade secrets are at risk of public exposure during trial. Proactively notifying the court of sensitive material and the inherent risks involved with their publication can be an effective strategy to persuade the court to side with limited publication.  The presiding judge may exercise discretion and implement trade secret protections once trial commences, including:

As a preparation strategy, establishing procedures, guidelines, and communication with the opposing side early in the litigation process is crucial for successful trade secret protection.  The earlier the two sides can agree to certain conditions—or identify areas where they disagree—surrounding access and publication of trade secret information, the more effective and efficient litigation will be.  This communication provides a foundation for trial (should the case reach the courtroom) and gives the court early notice of the sensitive nature of the subject matter.

Because trials are generally open to the public, a party must seek and justify any court protection to limit sensitive information.  A court is likely more willing to accept restrictions to public access when the requests are specific and limited.  Moreover, since the court has discretion to employ a wide range of protective measures, it is important to discuss the trial plan that the presiding judge will ultimately need to approve.  The trial plan should include a showing that the trade secret remains secret and has not been publicized, should notify the judge of motions to seal the transcript, and should have the parties agree to limited on-the-record-discussions.

Furthermore, a party may earn credibility with the court by proactively addressing the court's protective options and offering suggestions to limit the extent to which each option is required.  For example, when asking the court to contemplate closing the courtroom, consider arranging witnesses and the presentation of evidence pertaining to the trade secret together to minimize the amount of time the courtroom is closed and to expediate the trial.  Additionally, filing motions prior to the start of trial to preemptively guard against delays and uncertain results is advisable.  The ultimate goal is to avoid a costly victory in which the party wins the case but reveals the trade secrets that are the subject of the lawsuit.

[3] It is important to check the local rules of the district court where the case is filed to meet the requirements for sealing documents.