The Pain In Verein: What a $32 Million Verdict Teaches About Litigating Legal Malpractice Claims 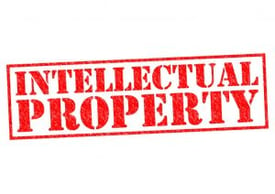 The April 28, 2022 Ohio appellate court opinion in RevoLaze LLC v. Dentons US LLP, 8th Dist. Cuyahoga No. 109742, 2022-Ohio-1392, which affirmed a $32 million jury verdict for legal malpractice against the law firm of Dentons US LLP, is worth noting because, counterintuitive as it seems, the case shows how difficult it can be to win substantial damages in a legal malpractice case involving patent law.  The opinion, when considered in detail, reveals that the verdict was reached due to a unique confluence of facts, along with thorough work by Plaintiff's counsel and experts to create the necessary evidentiary record.

The malpractice claim in RevoLaze arose out of a patent infringement claim that Dentons filed on behalf of RevoLaze with the International Trade Commission (ITC).  The infringement complaint was filed with the ITC because the companies that were allegedly infringing RevoLaze's patents—which covered a "laser abrading" process for giving denim garments a worn and faded look (RevoLaze, 2022-Ohio-1392, ¶ 4)—were importing goods made with the process from overseas, and the ITC has statutory authority to issue an order prohibiting importation of infringing articles (19 U.S.C. Section 1337(d)).

The US Dentons and the Canadian Dentons were related by being members of the same Swiss "verein" (id. at ¶ 2), which Gap argued meant they should be considered parts of a single law firm for purposes of Rule 1.7.  "[T]he verein structure allows two or more law firms to present themselves to clients and prospective clients as a unified global law firm without having to work through typical complications or complexities of international mergers . . . . " Richmond and Corbin, Professional Responsibility and Liability Aspects of Vereins, the Swiss Army Knife of Global Law Firm Combinations, 88 St. John's L. Rev. 917, 923-24 (2014).  "The individual law firms within the verein remain separate partnerships, professional corporations, or other legal entities."  Id. at 923.

Under the official commentary to the Rules of Professional Conduct, if attorneys "present themselves to the public in a way that suggests that they are a firm or conduct themselves as a firm," then they are a single law firm.  Comment 2, Rule 1.0(c) (definition of "law firm").  The ITC agreed with Gap that one Dentons entity could not represent a party in a suit against a client of a second Dentons entity, and ordered Dentons disqualified pursuant to Rule 1.7.  RevoLaze then hired new counsel and settled with all of the parties in the ITC case. RevoLaze, 2020-Ohio-1392, ¶ 20.  Then, RevoLaze sued Dentons in Cuyahoga County Court of Common Pleas for malpractice, which resulted in the $32 million jury verdict.

In its appeal of the verdict, the first aspect of the case that Dentons challenged was the court's ruling that there was a jury issue on the element of "breach of the duty of care" (id. at ¶ 35).  Dentons' alleged breach was not simply a matter of neglect by counsel—for instance, missing a statute of limitations date, or failing to file a responsive pleading.  Rather, the claim was based on bad judgment, i.e., failure to foresee the success of Gap's disqualification motion.  A malpractice argument based on bad judgment, though, usually creates a significant hurdle for the plaintiff, since, in Ohio, expert testimony is required to prove such a claim: "[t]he testimony of an expert is necessary where the question involves lawyer's professional judgment in prosecuting or defending an action."  Id. at ¶ 45.

RevoLaze overcame this hurdle by calling two experts to establish a breach of the standard of care, and the appellate court concluded from their testimony that a) "there was a clear conflict of interest" and b) the disqualification was foreseeable.  Id. at ¶ 59.  All of the members of the verein "had a common conflict base"; shared confidential client information with each other; and generally treated all of their offices as if they "were part of one firm."  Id. at ¶ 47.  The evidence was "overwhelming" that "the Dentons verein operated as a single firm."  Id. at ¶ 48.  Thus, Rule 1.7 applied to the firm.  Further, one of RevoLaze's experts testified that the standard of care was breached because Dentons did not seek "an independent opinion" that Dentons could sue Dentons' client Gap on behalf of another client (id. at ¶ 58).

The next hurdle for RevoLaze was proving the element of proximate cause, i.e., showing "a causal connection between the conduct complained of and the resulting damages or loss."  Id. at ¶ 33.  While it is unfortunate if a litigant has to replace its original choice of counsel due to disqualification, it generally is not catastrophic, given that there are over a million attorneys in this country.

So how did Dentons' conflict of interest cause over $30 million in damages?  The damages claimed by RevoLaze arose primarily out of the unusual arrangement it made for funding litigation expenses from a source other than its own pocket. RevoLaze had obtained "non-recourse" funding (i.e., a loan repayable only from recoveries in the litigation) from a third-party, and, further, Dentons had agreed to represent RevoLaze for the amount that the third-party agreed to fund, plus a 5% share of any money received by RevoLaze through suing infringers.  Id. at ¶¶ 7-9.  While the appellate court's opinion does not spell out all of the steps in RevoLaze's proximate cause argument, RevoLaze's Oct. 22, 2018 response in opposition to Dentons' motion for summary judgment explained that the third-party funding arrangement did not apply to the substitute counsel; that RevoLaze's financial condition did not allow it to pay substitute counsel to litigate the ITC proceeding all the way through trial; and that RevoLaze believed it would have obtained more licensing revenue from infringers if the original funding arrangement had been in place, which would have made it financially possible to continue to litigate through trial and an eventual ITC exclusion order.

On appeal, Dentons' main argument as to causation was that RevoLaze would not have won its ITC case; specifically, that it failed to present sufficient evidence that its infringement case was strong enough to obtain a "GEO" (general exclusion order) from the ITC against the infringers.  Dentons cited Ohio's "case-within-a-case" doctrine, which provides that, in order to show proximate cause from legal malpractice, the plaintiff "'must establish that he would have been successful in the underlying matter.'"  Id. at ¶ 67 (quoting Environmental NetworkCorp. v. Goodman Weiss Miller, L.L.P., 119 Ohio St.3d 209, 2008-Ohio-3833, ¶ 19).  In essence, if the plaintiff's argument is that, but for the attorney's negligence, a case would have been tried to a successful verdict, then the plaintiff ordinarily must show in the malpractice case that it would have won the underlying case.

Thus, proving the case-within-the-case presents another significant hurdle for many legal malpractice plaintiffs.   Fortunately for RevoLaze, though, neither the trial court nor the appellate court concluded that it was necessary to conduct a full-blown patent infringement trial within the malpractice trial.  Rather, the appellate court found that three opinions supplied sufficient evidence that RevoLaze would have won in the ITC.  First, Dentons' own confident statements to its client about likelihood of success on the infringement case came back to haunt it. RevoLaze, 2002-Ohio-1392, ¶ 77.  Second, a representative of the third-party funder, Longford Capital, testified that proposed litigation has to pass a rigorous screening process before Longford will agree to a funding arrangement, and that, in fact, Longford declines 90% of "opportunities" with which it is presented.  Id. at ¶¶ 80-84.  Longford, though, invested in RevoLaze's case, due to "strong indicia of success" for its infringement claim. Id. at ¶ 94.  Third, RevoLaze presented expert testimony of a former counsel for the ITC, who testified that RevoLaze's case was the type of case in which the Commission is likely to issue a general exclusion order ("GEO").  Id. at ¶¶ 95-96.

Lastly, Dentons challenged the calculation by RevoLaze of its "lost licensing damages [due to] not acquiring the GEO" (id. at ¶ 122) as being unduly speculative (id. at ¶ 120).  The appellate court, though, recapped in great detail all of the steps that RevoLaze's damages expert went through to arrive at an estimate of damages.  Id. at ¶¶ 124-40.  Essentially, the damages theory was based on a) the fact, according to market research, the settlements RevoLaze entered into with alleged infringers encompassed about 50% of the market for "laser abraded" denim goods (id. at ¶ 126), and b) the expert's opinion that, had RevoLaze obtained a GEO, it would have been able to license a greater share of the market—80% of the market.  Id. at ¶ 127.  Another expert, a "denim industry expert," concurred, testifying that, with a GEO in hand, RevoLaze "could expect to license most of the industry within a few months of obtaining the order."  Id. at ¶ 134.  Then, the damages expert evaluated RevoLaze's existing patent licensing agreements to determine a royalty rate of 10 to 15 cents per unit on the additional 30% of the market for which Revolaze would have received licensing revenue if not for the disqualification of its counsel.  The expert's final estimate was that damages were between $26 million (based on 10 cents per unit royalty) and $39 million (based on a 15 cents per unit royalty) (id. at ¶ 132), with the jury for some reason settling on $32 million in between.  The appellate court concluded that the methodology was sound and that the 80% market share projection was not speculative.  Id. at ¶¶ 137-40.

In sum, while of course it is no comfort to Dentons, the path to the verdict required an unusual fact scenario (the "verein" structure of the law firm and the third-party funding arrangement) and a lot of expert testimony (the parties called a total of nine experts between them (id. at ¶ 23)) to show how the falling dominoes led to over $30 million in damages.