Trademarks: Dumb Starbucks and the Parody Exception to Trademark Dilution 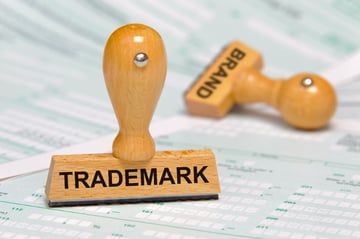 In 2014, Starbucks briefly appeared to have gained a new competitor in Los Angeles: Dumb Starbucks. Dumb Starbucks looked exactly like a normal Starbucks except it was a "dumb" one, in that the word "Dumb" preceded every menu item and every cup bore the Starbucks logo and the words "Dumb Starbucks Coffee."

A few days after Dumb Starbucks opened its doors, Nathan Fielder, the star of the show "Nathan for You," a docu-reality comedy series in which Fielder tries to help struggling (and unsuspecting) small businesses by suggesting unorthodox marketing campaigns, revealed that he had recently decided to focus his talents on helping a struggling Los Angeles coffee shop owner.  The plan?  Fielder suggested that the coffee shop rebrand itself as "Dumb Starbucks."  The plan was a success. People stood in line at Dumb Starbucks for hours to get a disposable cup with the words "Dumb Starbucks Coffee" on it.  Business at Dumb Starbucks was booming, but the success was overshadowed by Fielder's attempt to escape the potential legal consequences of infringing on and diluting the real Starbucks trademark.  In the end, the success was also short-lived because the health department shut Dumb Starbucks down for not having a permit.  Had Dumb Starbucks survived longer, an interesting trademark infringement and dilution court battle may have brewed.  This article focuses on whether Starbucks could have succeeded on a trademark dilution claim against "Dumb Starbucks," and the law surrounding trademark dilution in general.

What is Trademark Dilution?

Trademark dilution law gives the owners of famous marks an additional sword with which to protect their rights.  Specifically, trademark dilution is a legal concept that gives the owner of a famous trademark standing to prohibit others from using that mark in a way that would lessen the mark's distinctive quality and uniqueness.  Often, trademark dilution involves an unauthorized use of another's trademark on products that do not compete with, and have little connection with, those of the trademark owner.  Dilution is different from trademark infringement (discussed by my colleague Damini Mohan here) because, under the dilution theory, there is no need to prove a likelihood of confusion to protect a trademark.  Rather, all that is required is that the use of a famous mark by a party other than the trademark owner causes the dilution of the distinctive quality of the mark, even if the products are not competing or the public is not confused as to the source of the goods.

The Federal Trademark Dilution Act, enacted in 1996, expanded the scope of rights granted to "famous" trademarks under the Lanham Act by creating a federal cause of action to protect such marks from unauthorized use.  Later, Congress enacted the Trademark Dilution Revision Act of 2006, which raised the bar for what constitutes a sufficiently "famous" trademark to support a dilution claim by requiring that the trademark be "widely recognized by the general consuming public of the United States."

Under either state or federal law, dilution of a trademark occurs most commonly through two ways:  blurring and tarnishing.

"Blurring" happens when the unauthorized use of a famous mark weakens or impairs the distinctiveness of the mark.  In order words, the third party's mark weakens the consumer's perception that the famous mark is connected to the trademark owner's goods or services because the famous mark becomes identified with unrelated goods.

By way of example, let's say Dumb Starbucks was actually a dog toy shop called Starbarks.  Although Starbucks is not in the business of creating dog toys, the law recognizes that if there are a number of other businesses with the same name as a famous mark, the commercial impact of the mark will be impacted.  As a result, Starbucks would have the right to bring a trademark dilution claim against Starbarks—the dog toy shop—even though it is not competing directly with their products.

"Tarnishing" happens when the famous mark's reputation is harmed through association with a similar mark or trade name.  This generally applies when the unauthorized use of the mark is considered unflattering or is connected to inferior products or services.  For example, in the case of Dumb Starbucks, Starbucks could have claimed that Dumb Starbucks was tarnishing their brand if Dumb Starbucks sold unhealthy or just bad coffee.

Fielder was not completely off-base.  The federal laws on dilution have an exclusion that provides that parodying, criticizing, or commenting upon the famous mark owner or the good or services of the famous mark owner is not actionable as dilution by blurring or tarnishment.  When analyzing whether the use of a mark is considered a parody, courts have generally held that when the use of the trademark actually pokes fun at the trademark holder and is for noncommercial use, it is more likely to be deemed a parody.  Due to the fleeting existence of Dumb Starbucks, whether using a mark and simply adding the word "dumb" in front of it sufficiently qualifies it as a parody remains to be seen. 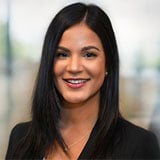