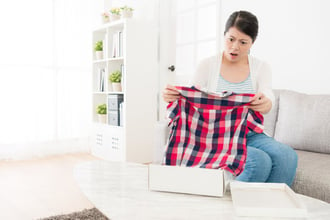 We encounter numerous trademarks each day.  The breakfast cereal we consume, the shampoo or perfume we use, the soda we drink on a hot summer day, the hotel we book for a holiday.  All these products and services are marketed to the consumers using a trademark which helps the consumer identify the source of the product or service.  The law recognizes that consumers make mental associations between the trademark and the source of product or service they purchase.  "The protection of trade-marks is a law's recognition of the psychological function of symbols."  Mishawaka Rubber & Woolen Mfg. Co. v. S.S. Kresge Co., 316 U.S. 203, 205 (1942).

Haven't most of us at least have had one incident when we purchased a product that is a look-alike or almost similar to the product, we thought we were purchasing only later to realize that it is not the same?

The trademark right not only provides the owner with the right to use it and prevent others from using it, but also benefits the consumer by aiding the consumer in finding the products or services that they previously liked.

Because trademark law is focused on accurate identification of goods and services by the consumer, to succeed in a claim of infringement, the trademark owner must show "likelihood of consumer confusion."  Polaroid Corp. v. Polarad Elecs. Corp., 287 F.2d 492 (2d Cir. 1961).  Courts use several different factors to determine the likelihood of consumer confusion.  These factors are also known as "Polaroid factors," which were first articulated by the Second Circuit.  The Polaroid factors are intended as a guide and the factors are given different weightage based on the facts of the case.  The federal courts in different circuits have adopted a variation of these factors.  For example, the "Frisch factors" is the Sixth Circuit's equivalent of the Polaroid factors that helps courts decide whether the products and marks are similar enough to raise an issue of likelihood of consumer confusion.  Sunless, Inc. v. Palm Beach Tan, Inc., 33 F.4th 866 (6th Cir. 2022).

The Polaroid factors are:

In a case involving directly competing products and marks using the same word, the Second Circuit found that the similarity of the marks and the bad faith on the part of the accused infringer weighed in favor of finding infringement. Car-Freshner Corp. v. American Covers, LLC, 980 F.3d 314 (2d Cir. 2020).

When a party brings an action for trademark infringement, the above factors aid the court in determining whether the allegedly infringing mark associated with a product or service causes consumer to mistakenly believe that they come from the same source as that of the product or service of the trademark owner.  To summarize, the Polaroid factors help the court decide whether an ordinary prudent person as a consumer in the marketplace would confuse one brand's product or service for another's.  In other words, trademark law ensures that a consumer looking for running shoes doesn't bring home "adigas" instead of "adidas."