In July 2010, however, the employee decided to go into business for himself.  He spoke to customers to tell them that he was no longer employed with the company, but he did not try to divert their business at that time.  He also began to import his own plastic cutlery, but did not attempt to actually sell it.  The company sued, alleging that the employee had violated his non-compete agreement.

The trial court held that the employee had breached his contract because, even if he had not actually competed with the company, he was preparing to begin competing as soon as the non-compete period expired.  Although the trial court found for him on one of his counterclaims – that the company had underpaid one of his commissions by $14,000 – it held that the company did not have to make the payment until after the expiration of the new non-compete period, and that the payment would not accrue interest until that date.  Before the company sued him, the employee had not tried to collect on the underpaid commission.

On Nov. 12, the court of appeals reversed.  The court held that the employee had not, in fact, breached his non-compete agreement because, although the agreement prohibited him from engaging in a business that presently competes with the company, the agreement said nothing about forming a business or preparing for future competition.  The court could not enforce an agreement where it did not apply.

This case demonstrates the importance to a company of understanding completely its non-compete agreements – knowing what the agreements cover and what they do not cover.  If the agreements do not cover everything a company wants, the company can draft new ones with the assistance of business counsel.  This option could be lost, however, once the employee resigns.

Companies should also make sure to retain business litigation counsel that will thoroughly examine the facts of a potential breach and provide an accurate assessment of the relative merits and risks of bringing a lawsuit.  Those risks often go beyond the inability to enforce the agreement.  For example, non-compete agreements often include provisions requiring the loser in any breach of contract lawsuit to pay the winner’s attorney’s fees.  In such cases, it is even more important for companies to have business litigation counsel that they can trust.  No company wants to pay its opponent’s lawyers just to find out that an agreement is unenforceable. 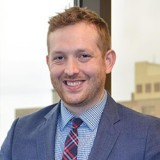