The rise of Internet commerce has brought with it inconsistent laws and court decisions across states as to whether retailers that have no physical presence in a state, but solicit sales online, must collect sales tax from customers.  The federal government has provided no guidance, ensuring the state-by-state differences would remain.  On Cyber Monday, December 2, 2013, the Supreme Court denied petitions for certiorari in Overstock.com, Inc. v. N.Y. Dep’t of Taxation and Fin., 20 N.Y.3d 586 (2013), and Amazon.com, LLC v. N.Y. Dep’t of Taxation & Fin. 134 S.Ct. 682 (2013).  Amazon and Overstock sought review of the New York Court of Appeals’ March 2013 decision upholding the New York State Department of Taxation and Finance’s requirement that Overstock and Amazon to collect sales tax from customers at the point of sale.  Overstock, 20 N.Y.3d at 590.  The Supreme Court’s denials left intact its 21-year streak of rendering no significant decision on state and local taxation issues.  They also ensured that analysis of substantial nexus, a prerequisite for a state to levy tax on an interstate transaction, Complete Auto Transit, Inc. v. Brady, 430 U.S. 274, 277-78 (1977), would be guided by cases decided before Internet commerce was any substantial part of the economy.

The issue of what is now known as substantial nexus, the connection between an out-of-state entity and the state in which the taxing authority seeks to levy, has had a long but intermittent history before the Supreme Court.  In Miller Bros. Co. v. Maryland, 347 U.S. 344-45 (1954), the Court held that to “due process requires some definite link, some minimum connection, between a state and the person, transaction, or property it seeks to tax.”  In Nat’l Bellas Hess, Inc. v. Dep’t of Rev. of Ill., 386 U.S. 753 (1967), the Court held that some physical presence in the state by an out-of-state entity or its agent was necessary for taxation to comport with the Commerce Clause and Due Process Clause of the Fourteenth Amendment.  Finally, in Quill Corp. v. N. Dakota, 504 U.S. 298 (1992), the Court held that Quill, a mail-order retailer whose only business in the state was sending promotional materials and receiving and shipping orders via common carrier, did not have substantial nexus in North Dakota for the state government to require Quill to collect sales tax on purchases made by state residents.  Id. at 315.  The Court upheld the portion of Bellas Hess‘ holding that, to satisfy the substantial nexus requirement for Commerce Clause purposes, that entity or its agent must maintain a physical presence in the state.  Id. at 314-15.  However, it partially overruled Bellas Hess and other cases by holding that Quill’s purposeful solicitation in the state through promotional materials established minimum contacts to comport with due process.  Id. at 308, 313.

When Quill was decided, Internet commerce was virtually nonexistent.  However, retailers grossed approximately $450 billion from retail sales in 2013.  Internet sales now account for almost 10% of all retail sales.  The New York Court of Appeals, while not departing from Quill, noted in dicta that “[t]he world has changed dramatically in the last two decades, and it may be that the physical presence test is outdated.”  Overstock, 20 N.Y.3d at 595.

In the New York cases, both Amazon and Overstock had “affiliate” programs, by which individual residents of New York would put links on their personal websites to Amazon or Overstock.  If a visitor to the individual’s website later purchased an item from Amazon or Overstock, then the individual would receive a commission.  Overstock, 20 N.Y.3d at 591.  The Court of Appeals, relying on its previous interpretation of Quill that physical presence “need not be substantial . . . [only] demonstrably more than a slightest presence,” Matter of Orvis Co., Inc. v. Tax Appeals Trib. Of State of N.Y., 86 N.Y.2d 165, 178 (1995), held that the affiliate programs constituted sufficient nexus to require these out-of-state, Internet-only retailers to collect sales tax on purchases.  Overstock, 20 N.Y.3d at 595.  This is true even if the sale does not arise from a customer clicking on an associate’s link.

More than a dozen states over the last six years have passed “affiliate nexus” laws, requiring online retailers with similar affiliate programs to collect and remit sales tax.  However, judicial treatment of these laws has not been uniform.  In Performance Mktg. Ass’n, Inc. v. Hamer, 2013 IL 114496, ¶ 23, the Illinois Supreme Court found the state’s affiliate nexus law unconstitutional in October 2013.  The Supreme Court there held that the law constituted “a discriminatory tax on electronic commerce within the meaning of the [federal Internet Tax Freedom Act].”  The inconsistent rulings from the high courts of the third and fifth-most populous states suggest that the definition of substantial nexus needs to be revised, or at least clarified.  The Supreme Court missed a very good opportunity to provide retailers guidance on even the narrow issue of affiliate nexus.

Brick-and-mortar retailers have long complained that this patchwork approach to substantial nexus has put them at a disadvantage, since all things being equal, online retailers can offer a lower total price on the same good due to the absence of sales tax.  Moreover, states are losing tens of billions of dollars in revenue each year due to retailers not collecting taxes at point of sale.  While consumers who do not pay sales tax on online purchases are legally required to pay use tax, less than two percent of taxpayers actually do.

There have been efforts by Congress to require Internet retailers to collect sales tax in any state in which they solicit business.  The most recent Congressional effort in this area was the Marketplace Fairness Act of 2013 (the “Act”).  H.R. 684, 113th Cong. (2013); S.336, 113th Cong. (2013); S. 743 113th Cong. (2013).   The Act would require any Internet retailer that grosses more than $1 million annually in remote sales to collect sales tax in almost any jurisdiction in which it makes sales.  While a version passed in the Senate, it failed to do so in the House of Representatives.  The Act has been criticized by some as unduly burdensome on smaller online retailers, requiring them to ensure their purchasing systems are compliant with the laws of the more than 9,000 state and local taxing jurisdictions across the country, and to submit to audits in states in which they have no presence.

With Congress not acting and the Supreme Court reluctant to weigh in on even narrow issues of state and local taxation, Quill‘s physical presence requirement for nexus will be the law of the land for at least awhile longer, even as the continued rise of Internet commerce renders that bright line test archaic.  This means state-by-state variation in what constitutes “physical presence” will continue as well, frustrating businesses and consumers alike. 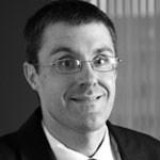