As More Ohio Law Enforcement Agencies Use Bodycams, How Is the Law Keeping Up?

Following a national trend, law enforcement agencies across Ohio are outfitting their officers with body-worn cameras, also known as “bodycams.”  Supporters argue that bodycams will increase public trust in law enforcement by ensuring their accountability with an objective record of their conduct.  Of course, that trust will depend on whether and to what extent the public will be able to access and monitor that footage.  Although this question is still open for debate in Ohio, there soon might be (at least some) clarity.

First, the Supreme Court of Ohio is expected to decide whether bodycam footage is subject to disclosure under the existing Public Records Act, Ohio Rev. Code § 149.43.  State ex rel. The Cincinnati Enquirer, et al. v. Deters, Case No. 2015-1222 (filed July 27, 2015).  In that case, several Cincinnati media outlets have sued the Hamilton County prosecutor to obtain bodycam footage of a University of Cincinnati police officer who shot and killed an unarmed man during a traffic stop.  Although the footage was later released, the Supreme Court recently denied a motion arguing that the case was moot.  Consequently, the Court could issue a significant ruling on the interplay between bodycam footage and Ohio’s Public Records Act, particularly its exception for confidential law enforcement investigatory records (“CLEIR”).  Ohio Rev. Code § 149.43(A)(1)(h) and (A)(2).  As other states grapple with similar issues, the Court’s ruling could be a leading decision nationally on access to bodycam footage.  The importance of this case is further underscored by the involvement of The Reporters Committee for Freedom of the Press, which filed an amicus brief in support of the media parties; my colleague Erin Rhinehart and I serve as local counsel for the Reporters Committee in this case.  For more information about the CLEIR exception and bodycam footage, see my previous post on the topic.

Second, the General Assembly is currently considering House Bill 407, which would require any law enforcement agency that uses bodycams to have a publicly-available policy governing their operation.  That policy must address several items, including but not limited to who must wear bodycams, when bodycams must be activated, procedures for investigating citizen complaints and when bodycam footage must be viewed, when editing is permitted, and standards for responding to public records requests.  This bill does not provide any recommended or default provisions; instead, it leaves those policy determinations up to local agencies.

These developments will not – alone – resolve all of the complex issues that surround the use of bodycams by law enforcement.  Eventually, as more law enforcement agencies use this technology, the legislature may need to step in and address the field more comprehensively, such as by deciding how to balance legitimate privacy concerns against the public’s right to monitor the activities of their government.  Nevertheless, both Deters and House Bill 407 are potentially important steps in establishing a legal framework for access to bodycam footage. 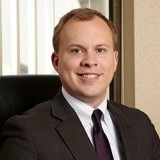