When It Isn't as Simple as "Point and Click:" Internet Accessibility for Persons with Disabilities 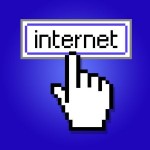 Imagine having the "world at your fingertips" but not being able to touch it. That is the challenge giving rise to a shifting area of caselaw and regulatory activity.  As the relentless march of technology results in greater and greater reliance on human/machine interactions in the conduct of personal affairs, some individuals are at risk of being left out.  These are the concerns driving continuing and intensifying examination of public accommodation and accessibility needs or obligations relative to the Internet.  When the Americans with Disabilities Act ("ADA") was enacted in 1990 (P.L. 110-325, as amended in 2008), the Internet was in its relative infancy; the ubiquity of the Internet as we know it today was hard to imagine for most, even its most ardent supporters and early adopters.  Much has changed in the last 25 years, and arguably, much of that change can be attributed to the pervasiveness of the Internet and how people around the world rely on the Web to conduct all manner of business and personal affairs.

Over the last several years, advocacy groups have begun aggressive efforts to expand the scope of ADA coverage and enforcement to increase internet access and functional equality for the disabled. While it is premature to recognize a trend, recent litigation in the federal district courts provides guidance in how progressive courts may treat web-businesses and how they accommodate persons with disabilities.  Of additional import, the Department of Justice and the Plaintiff's bar have each ramped up litigation seeking to expand the scope of ADA Title III.

In June 2011, the National Association of the Deaf ("NAD") along with one of its state affiliates and individual members, filed suit in the United States District Court for Massachusetts against Netflix, Inc., the "leading provider of streamed television and movies on the Internet."  NAD, noting that roughly 36 million Americans are deaf or hard of hearing, alleged that Netflix "failed to provide equal access to its Watch Instantly service by refusing to make available closed captioned text for the deaf and hard of hearing -- a feature that is necessary for such individuals to understand the audio portion of the streamed video."  Complaining that "just as buildings without ramps bar people who use wheelchairs, video content without captions excludes deaf and hard of hearing individuals," NAD argued that Netflix violated the "mandate of the ADA to provide 'full and equal enjoyment' of a public accommodation's goods, services, facilities, and privileges, including 'place[s] of exhibition and entertainment,' 'place[s] of recreation,' 'sale or rental establishment[s],' and 'service establishments.'"  28 C.F.R. § 36.201(a); 42 U.S.C. § 1281(7).  NAD and its co-plaintiffs sought injunctive and declaratory relief to "ensure that deaf and hard of hearing individuals have equal access to Netflix's Watch Instantly subscription packages."

In a June 2012 reported decision[1], the Court denied Netflix's motion for judgment on the pleadings, which asserted that NAD had failed to assert sufficient facts under the ADA, and that the NAD's interpretation of the ADA was precluded by the Communications and Video Accessibility Act of 2010 ("CVAA").  The Department of Justice joined the NAD in opposing Netflix's motion, filing a "statement of interest."  Mindful of the then-ongoing rulemaking in support of the 2010 CVAA (enacted "to help ensure that persons with disabilities are able to utilize communications services and equipment and to better access video programing" – S. Rep. No. 111 – 386 at 1 (2010)), the Court nonetheless rejected Netflix's initial motion to dismiss (in 2011), which was premised on the argument that Congress had placed primary jurisdiction via the CVAA with the Federal Communications Commission.  In entertaining Defendant's subsequent motion for judgment on the pleadings, filed after FCC rulemaking was completed, the Court again sided with Plaintiffs.  Citing prior First Circuit precedent,[2] the Court stated:

"In a society in which business is increasingly conducted online, excluding businesses that sell services through the Internet from the ADA would 'run afoul of the purposes of the ADA and would severely frustrate Congress's intent that individuals with disabilities fully enjoy the goods, services, privileges and advantages available indiscriminately to other members of the general public.'"

The NAD had alleged that Netflix "Watch Instantly" qualified as an ADA-covered "place of public accommodation" in four categories:

The Court noted that "Congress did not intend to limit the ADA to specific examples listed in each category of public accommodations." Id. at 201, and observed that "entities that provide services in the home [not just in public] may qualify as places of public accommodation." Id. The Court further rejected Defendant's "lack of control" arguments, and ADA/CVAA scope and conflict contentions, noting as to the latter that "interpreting the CVAA as repealing or carving out portions of the ADA would leave litigants . . . without any remedy for potential violations of the ADA," a limitation the Court refused to take absent clear direction from Congress. Id. at 208. Soon thereafter, an out-of-court settlement was reached.

Lest Netflix be considered an outlier decision construing the ADA coverage too expansively, a similar ruling last year in the District of Vermont suggests that Internet accessibility for the disabled is, indeed, increasingly being viewed as within the scope of ADA protections. The National Federation of the Blind ("NFB") and one of its Vermont members filed suit against Scribd, a digital library providing reading subscription services on its website and on apps for mobile devices. Scribd's customers can access over 40 million "e-books, academic papers, legal filings, and other user-uploaded digital documents."[3] NFB alleged Scribd was in violation of the ADA because its website and apps are inaccessible to the blind.[4]

The NFB court rejected Scribd's motion to dismiss, which was premised on the argument that NFB had "not alleged facts demonstrating that it owns, leases or operates a place of public accommodation because the ADA does not apply to website operations whose goods or services are not made available at a physical location open to the public." 97 F. Supp. 3d at 567. This similar lack of control argument did not find traction in the Netflix decision in Massachusetts federal court. While finding the text of the ADA ambiguous regarding the scope and definition of a "place of public accommodation," the NFB court determined that the ADA's legislative history favored an expansive reading in order to serve the "clear" purpose of the ADA: "to end widespread discrimination against disabled individuals." Id. at 573. The Court's thorough analysis is commendable, not because of its result, but rather in the manner in which the Court recognizes and catalogs the substantial split of authority when analyzing whether a "public accommodation is a physical place."

In denying Scribd's motion to dismiss, the NFB court opted for the more liberal or expansive view espoused in Netflix, and also took into account Department of Justice pronouncements as early as 1996 supporting ADA application to the "Internet and web-based goods and service providers," id. at 574, through more recent DOJ efforts to codify its position. Like the Netflix case, the NFB case settled, but only after Scribd's motion to certify the question to the Second Circuit was denied.

So, in light of Netflix and NFB, is the question about web accessibility and ADA compliance in the Internet era settled? Certainly not. The caselaw – as catalogued in the NFB decision – remains divergent, but the likelihood of the narrower treatment of the ADA to a physical "bricks-n-mortar" definition grows more remote. As more and more businesses provide access to more and more (if not all) of their services via the Internet, Judge Posner's turn-of-the-century characterization of the Internet as a physical place[5] grows more and more apt.

What else grows more and more? The number of lawsuits being brought demanding businesses to modify their behavior to eliminate barriers to Internet services for the disabled. Rulemaking around "web accessibility" has been years in process, and a growing demand for speedier action is being sounded, but the Department of Justice has seemed focused less on bringing this rulemaking process to resolution and more on aggressive enforcement of interim rules. Of equal concern, in the lengthening absence of final rulemaking, the Plaintiff's bar has stepped up aggressive demands and litigation attacks on businesses which have been slow to move towards web-accessible accommodations absent a final rule, or which simply are not (yet) equipped to provide web accessibility to the disabled. Congressional pressure on DOJ has been largely brought by Democratic lawmakers, and the advent of 2016 national election politics makes it difficult to assess whether legislative pressure will continue. The most recent DOJ pronouncements are that DOJ guidance will not occur before 2018.

In the meantime, businesses with a significant (or exclusive) web presence need to be mindful of (a) the prospect of increased litigation risk, (b) the approaching certainty of DOJ web accessibility guidelines (albeit not until 2018), and (c) although highly remote, possible congressional action to make ADA coverage in the Internet era explicit. In the absence of government mandates (by rule or legislation) or court ruling, web-exclusive businesses or businesses with substantial web presences will find ready guidance in the privately developed Web Content Accessibility Guidelines ("WCAG") 2.0 level AA. Proactive attention to web accessibility considerations, be they visual or tactile, will lessen risk of potential litigation as well as expand the universe of customers capable of accessing products and services. In sum, an ounce of prevention. . . .

[4][4] Complaints of the visually-impaired are varied:  video without an audio component; inaccessibility or incompatibility with software that provides an audio description; mouse-dependent interface instead of all-keyboard functionality.