Another chapter has unfolded in the 23-year-old dispute between the Washington Redskins and the Native Americans who object to the team’s mascot — a mascot that the team has used for over 80 years. Recently, the U.S. Department of Justice (“DOJ”) weighed into the controversy by providing notice that it will intervene to defend the constitutionality of the Lanham Act, 15 U.S.C. § 1052(a) (“Section 2(a)”). The DOJ’s press release is available here. A copy of the DOJ’s notice is available here. Section 2(a) disallows registration of trademarks in certain circumstances. In particular, Section 2(a) disallows trademarks if the application seeks to register a trademark that “[c]onsists of or comprises immoral, deceptive, or scandalous matter; or matter which may disparage or falsely suggest a connection with persons, living or dead, institutions, beliefs, or national symbols, or bring them into contempt, or disrepute ….” 15 U.S.C. § 1052(a).

On two occasions, the Trademark Trial and Appeal Board of the U.S. Patent and Trademark Office (“Board”) invoked Section 2(a) to cancel the Washington Redskins’ trademarks because the trademarks were disparaging to Native Americans. In 2003, a U.S. District Court reversed the Board’s 1999 cancellation. In 2006, a second set of plaintiffs challenged the Redskins’ trademarks, and persuaded the Board to schedule the cancellation of the trademarks on June 18, 2014.

The Redskins appealed the most recent cancellation, and asserted in its complaint (among other claims) that the Board’s trademark cancellation violates the First Amendment’s protection of free speech and the Fifth Amendment’s protection of due process. Pro-Football, Inc. v. Amanda Blackhorse, et al., Case No. 1:14-cv-01043-GBL-IDD, 2014 U.S. Dist. LEXIS 166889 E.D. Va., Aug. 14, 2014) (“Compl.”). “The terms ‘disparage,’ ‘may disparage,’ ‘contempt,’ ‘disrepute,’ and ‘may bring … into contempt or disrepute’ … are unconstitutionally vague.” Compl. ¶ 114. Such vagueness, according to the Redskins, renders Section 2(a) void. Because these terms are not defined in the statute, a trademark applicant could not understand the prohibited conduct, and therefore grants to the Board “virtually unfettered discretion to deny registration[s] or to cancel registrations.” Id.

The DOJ is permitted to intervene to defend the constitutionality of Section 2(a) because the Redskins’ complaint presents a constitutional question. In January 2015, the DOJ provided notice of its intention to intervene. Although the DOJ has declined to defend the constitutionality of other Acts of Congress, the DOJ has exercised its right to intervene here. Both President Obama and outgoing Attorney General Eric Holder have called on the team to change its mascot. In May 2014, fifty U.S. Senators signed a letter to Redskins owner, Dan Snyder, urging him to change the name. We have not heard the end of this debate — Mr. Snyder has indicated that he will never change the name. 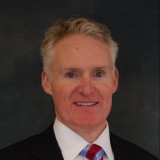