Broken Hague? The Federal Circuit Endorses an End-Run Around the Hague Convention's Method of Serving a Complaint 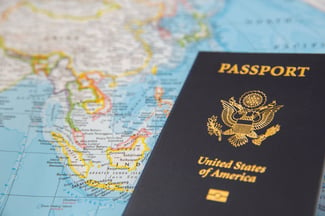 Litigators who represent patent owners suing foreign companies, and who normally must navigate the exacting requirements and slow pace of service of process under the Hague Convention, may welcome the result in In re OnePlus Technology, (Shenzhen) Co., Ltd., No. 2021-165, 2021 U.S. App. LEXIS 27282 (Fed. Cir. Sept. 10, 2021), a patent case in which the Federal Circuit let stand an order that permitted service on a foreign entity by a method that is easier than service that complies with the Convention.  However, the decision seems at odds with the clear language of Fed. R. Civ. P. 4, and its holding might be re-examined, eventually.

A party who sues a foreign corporation that does not have a U.S.-based agent should expect that service of process will have to be made in compliance with the Hague Convention. The Convention is a treaty that governs service of summons abroad in its signatory states, of which there are currently 79.  (Status Table 14: Convention of 15 November 1965 on the Service Abroad of Judicial and Extrajudicial Documents in Civil or Commercial Matters.)  Each signatory state designates a "central authority" to whom requests for service on a defendant residing in that state are sent.  Volkswagen AG v. Schlunk, 486 U.S. 694, 698-94 (1988).  The central authority must serve the documents on the defendant pursuant to that state's law or by the method designated in the request, if that method is not incompatible with that state's law.  Id. at 699.  Service under the Convention is more costly because the complaint and accompanying summons must be translated into one of the official languages of the state in which service is to take place (Hague Convention, Article 5) and because the plaintiff can run into the problem of a central authority that is slow or recalcitrant.

In OnePlus, WSOU Investments LLC ("WSOU") filed suit for patent infringement in district court in Texas against OnePlus, a Chinese company with no business or employees in the United States.  Although China is a signatory to the Hague Convention, WSOU chose not to serve OnePlus under the Convention.  Instead, it sought and obtained an order under Fed. R. Civ. P. 4(f)(3) for an alternative method of service.  That method was serving the complaint on "attorneys who had represented OnePlus in the past and on OnePlus's authorized agent for service in Hayward, California," according to the Federal Circuit (2021 U.S. App. LEXIS 27282 at *3) or on OnePlus's "U.S. counsel and purported U.S. subsidiary," according to OnePlus (emphasis added)).

OnePlus petitioned the Federal Circuit for a writ of mandamus, arguing (id. at *6‑7) that the district court's order was unlawful because Rule 4(f)(3) deals only with service abroad and does not authorize service within the boundaries of the United States and that, without proper service, the court lacked personal jurisdiction over OnePlus (Rule 4(k)).  The court denied the petition with a per curiam opinion that relied largely on Nuance Communications, Inc. v. Abbyy Software House, 626 F.3d 1222 (Fed. Cir. 2010).  In Nuance, Ninth Circuit law applied, and "the Ninth Circuit has affirmed court-directed service within the United States" pursuant to Rule 4(f)(3). Id. at 1239.  In OnePlus, Fifth Circuit law was controlling, but the court saw no "Fifth Circuit authority that is contrary to Nuance Communications on this issue." 2021 U.S. App. LEXIS 27282 at *8 n.1.

While consistent with Nuance, the decision in OnePlus is seemingly contradicted by a literal reading of Rule 4.  The starting point for that conclusion is Fed. R. Civ. P. 4(h), which, absent waiver of service or federal law that provides otherwise, governs service on a corporation.  Rule 4(h) has two subsections: the first describes how service must occur if done "in a judicial district of the United States" (Rule 4(h)(1)), and the second describes how service must occur if done "at a place not within any judicial district of the United States" (Rule 4(h)(2)).  As to service in the U.S., Rule 4(h)(1) allows service on an officer, a manager, or a general agent, or an agent authorized by appointment.  Alternatively, for service in the U.S., the plaintiff can serve under state law: service may be "in the manner prescribed by Rule 4(e)(1) for serving an individual," and Rule 4(e)(1) says service may be made in compliance with the law of the state in which the federal district court is located or the state where service is made.  WSOU chose not to serve OnePlus in the U.S. pursuant to 4(e)(1), presumably because, as OnePlus asserted in its petition, the Texas long-arm statute would have required OnePlus to be served pursuant to the Hague Convention.

For service outside the United States, Rule (4)(h)(2) says service must occur on a corporation via the methods (other than personal delivery) for serving a foreign individual that are listed in Fed. R. Civ. P. 4(f). Rule 4(f) has three subsections: subsection (1) says service may be made by an internationally agreed method of service, such as the Hague Convention; subsection (2) addresses service where there is no governing international agreement; subsection (3) is a catch-all provision authorizing service pursuant to a court order "by other means not prohibited by international agreement."  The plaintiff in In re OnePlus chose the latter route -- service under 4(f)(3) by court order.

That order, though, was for service within the boundaries of the United States, on OnePlus's "U.S. counsel and purported U.S. subsidiary" (Petition, p. 3).  As counsel for OnePlus pointed out, serving a corporation pursuant to an order under Rule 4(f)(3) is authorized solely because of Rule 4(h)(2), which plainly addresses service "at a place not within any judicial district of the United States."  (Emphasis added.)  Service therefore could not be made under 4(f)(3) by delivery to someone inside the U.S, according to OnePlus.

In contrast, other courts have authorized service under Rule 4(f)(3) in the U.S., reasoning that the person served is merely "a domestic conduit" for the litigation papers, which should eventually make their way abroad, and "ultimately, the foreign individual is served."  In re Cathode Ray Tube (CRT) Antitrust Litig., 27 F. Supp. 3d 1002, 1010 (N.D. Cal. 2014).  Accord: Washington State Inv. Bd. v. Odebrecht S.A., No. 17 Civ. 8118, 2018 U.S. Dist. LEXIS 163356, at *11-12 (S.D.N.Y. Sept. 21, 2018). By that logic, though, service of a foreign entity by serving a domestic agent in the United States pursuant to Fed. R. Civ. P. 4(h)(1) should also be considered service abroad because, again, one could assume that the foreign entity would eventually receive the papers in its foreign location.  That interpretation would render nonsensical the structure of Rule 4(h), which differentiates acceptable methods of service by whether service is made "in a judicial district of the United States" (Rule 4(h)(1)) or "at a place" outside such a district (Rule 4(h)(2)).  Like 4(h)(2), Rule 4(f) limits its scope to service that is made "at a place not within any judicial district of the United States." (Emphasis added).  There is simply no textual support in Rule 4 for the notion that service made within the boundaries of the U.S. can also constitute service at a place outside the U.S.

Moreover, the rule contemplates that service pursuant to the Hague Convention should be the norm, with the goal, in the words of the 1993 Advisory Committee note to Rule 4, of "minimiz[ing] offense to foreign law." Indeed, in OnePlus, in reaction to the district court saying that it ordered service under Rule 4(f)(3) on the ground that "it regarded the Hague Convention procedure as slow and expensive," the Federal Circuit expressed "concerns" about issuing a 4(f)(3) order "based solely on the fact that service under the Hague Convention is more cumbersome than more informal means." 2021 U.S. App. LEXIS 27282 at *9.  Those concerns were assuaged by the case being a one-off: "[t]he district court has not announced that it intends to order alternative service in every case in which conventional means of service would be merely inconvenient."  Id. at 10.

The latter point is important, given that the OnePlus case is pending in the Western District of Texas before District Judge Alan Albright.  Judge Albright has shown a rare eagerness to try patent cases, and as a result nearly 20% of all patent cases in federal court filed in 2020 were filed in his district.  In 2021, the figure has risen to 25%. ("WDTX Now Has 25% of All US Patent Cases," July 2, 2021.)  If Rule 4(f)(3) orders became routine in his court, the effect on patent litigation would be significant; the Federal Circuit's remarks suggest that in that instance it might reconsider the approach it took in OnePlus.  The court was also careful to drop a footnote pointing out that its order denying mandamus did not preclude OnePlus from raising its jurisdictional argument again on appeal from a final judgment. 2021 U.S. App. LEXIS 27282 at *11 n.2.

In short, there may be an occasion in the near future where the Federal Circuit revisits the issue, and perhaps determines that the express language of Rule 4, like the Hague Convention method of service, cannot be avoided when it is "merely inconvenient."