No Penalty for Illegal Motion: The Current Status of Non-Competes and College Football Coaching Contracts 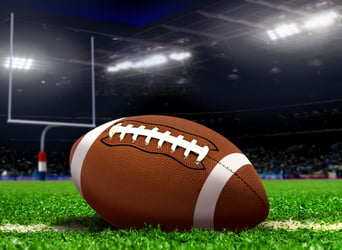 On November 28, 2021, in reaction to the news that Lincoln Riley, the head football coach for the University of Oklahoma, was leaving to become the new head coach at the University of Southern California, Clay Travis, the founder of the sports commentary website Outkick.com, wrote (tweeted) that "this is vintage college football and why no fans trust coaches. The fact that college coaches have no non-competes — they are the only highly paid people in sports I've ever heard of that don't have them in their contracts — makes this kind of craziness possible." Mr. Travis presumably became even more exasperated when the news broke a short time later that Brian Kelly, the head coach of Notre Dame's football team, was also leaving, to take over as head coach at Louisiana State University.

I have no idea who Mr. Travis' other "highly paid people in sports" are (Executives for professional teams? Broadcasters?), but there are two probable answers to his implied question: why aren't there non-compete clauses in college football coaches' contracts? The first answer is a non-legal one: due to the high stakes of "Power Five Conference" college football (the SEC, Big 10, Big 12, ACC, and Pac 12 conferences – which each earned revenues from $400 million to over $700 million in 2020), coaches simply have enough bargaining power to refuse to include such a clause.

The second answer is the schools' likely uncertainty as to whether the clause will be effective, i.e., whether it will be enforced by the courts. Ohio law, for example, enforces a non-compete agreements only to the extent that a court finds enforcement would be "reasonable," based on a weighing of various factors. Raimonde v. Van Vlerah, 42 Ohio St.2d 21, 24-26, 325 N.E.2d 544 (1975). In the specific context of college football coaching, a number of these factors would tend to disfavor enforcement, including whether the employee possesses trade secrets; "whether the covenant seeks to stifle the inherent skill and experience of the employee"; and "whether the employee's talent which the employer seeks to suppress was actually developed during the period of employment." Id. at 25. Also, to serve its purpose, a non-compete in a football coach's contract would presumably be written broadly, restricting the coach from taking a new, supposedly competing, position anywhere in the country. The Raimonde test, though, requires a court to consider whether the non-compete obligation is limited geographically, id. at 23-24, and thus frowns on non-competes that have a nationwide scope.

Ohio is not an anomaly. In fact, the law in one major jurisdiction, California, prohibits non-compete agreements entirely. (Note, though, in Coach Riley's case, that if his contract with Oklahoma included a non-compete, it would probably be enforceable in a California court; California law would likely not govern, since the agreement would have been entered into, and performed, entirely in another state. Sabol-Krutz v. Quad Elecs., Inc., No. 2:15-cv-00201-MCE-AC, 2015 U.S. Dist. LEXIS 88144, at *17-18 (E.D. Cal. July 6, 2015) (non-compete clause evaluated under Michigan law where there was little to connect case to California besides the employee's residence).) Oregon recently enacted a statute that makes non-compete clauses outside the broadcasting industry enforceable only to protect trade secrets or confidential information. Or. Rev. Stat., § 653.295(1). At the federal level, there is legislation pending in the House and Senate that could limit non-competes to the context of the sale of a business or dissolution of a partnership. In addition, the Biden administration in July 2021 issued an executive order asking the FTC to look at regulations "to curtail the unfair use of non-compete clauses . . . that may unfairly limit worker mobility." Exec. Order No. 14036, 86 Fed. Reg. 132 (July 14, 2021). While that order undoubtedly is not made with high-salaried college football coaches in mind, nonetheless the law seems to be trending toward disfavoring the use and enforcement of non-competes.

As a result, it appears that universities, rather than taking the risky path of the non-compete clause, are instead relying on liquidated damages provisions in coaches' contracts. Such provisions are on much more solid ground legally than non-competes. In Ohio, a liquidated damages provision, i.e., a contract provision that stipulates what is owed for breach of that contract, is enforceable if not deemed a "penalty" by the courts. Samson Sales, Inc. v. Honeywell, Inc., 12 Ohio St.3d 27, 465 N.E.2d 392 (1984), paragraph two of the syllabus. Liquidated damages provisions are considered appropriate where proving actual damages would be "uncertain as to amount and difficult of proof," id., although they also "must have some relation to actual damages," Village Station Assocs. v. Geauga Cty., 84 Ohio App. 3d 448, 451 (11th Dist. 1992). In Kent State Univ. v. Ford, 2015-Ohio-41 (11th Dist. 2015), an Ohio appellate court upheld a judgment of $1.2 million in favor of Kent State under the liquidated damages clause in its contract with its men's basketball coach, after he left to take the same position at Bradley University. Id. at ¶¶ 1-2. The court in Kent State cited Vanderbilt Univ. v. DiNardo, 174 F.3d 751 (6th Cir. 1999), in which the court enforced under Tennessee law a liquidated damages clause in Vanderbilt's contract with its head football coach when he left for Louisiana State University. Id. at 755, 760. In both cases, the majority rejected the coach's argument that the provision was a penalty or "a thinly disguised, overly broad non-compete provision," DiNardo, 174 F.3d at 755 (although in both cases one judge on the respective panels dissented).

A good example of a liquidated damages provision is in the 2019 contract between Ohio State University and its head football coach Ryan Day, which contains a provision that addresses the coach's early termination of the contract, which is supposed to run through the Bowl season of 2024. The provision requires Mr. Day to "pay to Ohio State as liquidated damages, and not as a penalty" varying sums of money based on how far into the contract the termination occurs. For instance, if he were to terminate the contract between February 1, 2022 and January 31, 2023, he would owe $1 million plus the salaries of certain assistant coaches terminated by OSU after he departed.

The drawback of a liquidated damages clause for a university is that it will not greatly inhibit a coach from leaving for a more lucrative position. Any payment owed to the coach's former employer will likely be factored into the compensation package offered by the new school.

Injunctive relief would be necessary to actually stop the coach from taking the new job. Ordinarily, a breach of contract will not be enjoined, since damages would be an adequate remedy. Restatement (Second) of Contracts § 359. However, there is a basis for finding damages inadequate in the context of a personal services contract where "the employee's services are unique or extraordinary." The court can order such an employee "to forbear from rendering [the contracted service]" to anyone else but the employer with whom he or she has the contract. Restatement (Second) of Contracts § 367 Comment c.

Thus, again using the example of Ohio, courts will "enforce[ ] negative covenants against employees, such as actors, singers, and athletes, who have special or unique talents and have promised to lend those talents exclusively to the employer for the term of a contract." Rahal Letterman Racing, LLC v. Scott Sharp Sports, LLC, 2008 U.S. Dist. LEXIS 139111, at *36 (S.D. Fla. Feb. 12, 2008) (applying Ohio law to a contract involving an Indy car driver). See also Cent. N.Y. Basketball, Inc. v. Barnett and Cleveland Basketball Club, Inc., 1961 Ohio Misc. LEXIS 268, at *30-32 (Cuyahoga Cty. Common Pleas, Dec. 21, 1961) (in which the defendant was a player under contract with the Syracuse Nationals of the National Basketball Association).

Do college football coaches have "special or unique talents," like "actors, singers, and athletes"? At least one court has said yes. In New England Patriots Football Club, Inc. v. Univ. of Colorado, 592 F.2d 1196 (1st Dist. 1979), the First Circuit Court of Appeals noted that the district court had found that the services of Chuck Fairbanks, head coach of the NFL's New England Patriots, were "unique," id. at 1199, and had enjoined the University of Colorado from hiring him as its head football coach. The First Circuit also noted the many cases in which an athlete had been enjoined from "jumping" to another league, and added "[w]e would not distinguish between an athlete and a coach." Id. at 1200.

Another possible avenue of relief is for the university to sue, on the ground of tortious interference, the college that has hired away its coach. In New England Patriots, the team in fact sued the new employer, not the coach. In upholding the injunction against the University of Colorado, the First Circuit commented that "[t]o enjoin tortious interference by a third party . . . would seem a lesser step" than enjoining the employee. 592 F.2d at 1200. The Kent State v. Ford case mentioned earlier had a parallel case that Kent State brought against Coach Ford's new employer Bradley University, for tortious interference. That claim survived summary judgment on the basis that the jury could find that "Bradley lacked a proper justification in procuring Ford's breach of his employment agreement with KSU." Kent State Univ. v. Bradley Univ., 2019-Ohio-2088, at ¶ 68 (11th Dist. 2019).

Curiously, other than New England Patriots and KSU v. Bradley, cases litigated to a decision where the university sought to enjoin the coach, or sued the coach's new employer for tortious interference, are hard to find. Why are those options unpopular (seemingly)? As to an injunction, I am guessing that proving that the coach offers "unique or extraordinary" services will be difficult, at least in some instances. Most coaches are treated as very replaceable; the Sporting News lists nearly 30 "fired/ resigned" coaches at major college football programs (FBS ("Football Bowl Subdivision") programs) during and after the 2021 season. As to tortious interference, perhaps universities are reluctant to raise such a claim where, in the next tortious interference case, they could be the one hiring a coach away from a contract, with their own arguments used against them.

At any rate, it appears that, except for including a liquidated damages clause, there is little that schools can do to discourage a football coach from leaving for a better job. If coaching mobility is bad for the sport, as Mr. Travis seems to think, it will need to be remedied in some way other than litigation.