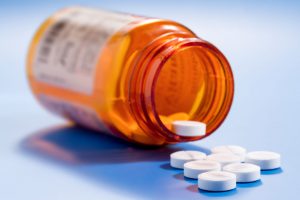 A defendant accused of violating the antitrust laws has a powerful, well-established defense, if it can prove it, of immunity based on the Noerr-Pennington doctrine.  This doctrine provides a party from immunity from antitrust liability when it petitions the government for redress under the First Amendment of the United States Constitution.  United Mine Workers of Am. v. Pennington, 381 U.S. 657, 669, 85 S. Ct. 1585 (1965); E.R.R. Presidents Conference v. Noerr Motor Freight, Inc., 365 U.S. 127, 136, 81 S. Ct. 523 (1961).  Petitioning the government for redress includes enforcing one's intellectual property rights in court.  However, embarking on sham litigation to enforce those intellectual property rights does not count.  Nor does the defense include enforcing a patent that was obtained by fraud on the Patent Office.  Walker Process Equip., Inc. v. Food Mach. & Chem. Corp., 382 U.S. 172, 177-78, 86 S. Ct. 347, 350-51 (1965).  The First Circuit Court of Appeals recently dealt with all of these issues in United Food & Commercial Workers Union & Employers Midwest Health Benefits Fund v. Novartis Pharms. Corp., Case Nos. 17-1714, 17-776.

On August 21, 2018, the First Circuit Court of Appeals issued its Decision affirming the dismissal of two putative class action lawsuits filed against drug maker Novartis Pharmaceutical Company ("Novartis") that alleged antitrust violations arising out of Novartis' allegedly obtaining a patent via fraud and then seeking to enforce that patent through allegedly "sham" patent infringement litigation against manufacturers trying to enter the market to sell a generic version of one of Novartis' drugs.  The District Court below granted Novartis' motion to dismiss holding that the Noerr-Pennington doctrine provided Novartis immunity from antitrust liability because the plaintiffs failed to plausibly allege either of the two exceptions to that doctrine -- obtaining a patent through a fraud in the Patent Office or engaging in "sham" litigation to enforce a patent for anti-competitive purposes.  Decision, p. 4.

Novartis holds the patent for Gleevec, a prescription drug to treat leukemia.  Novartis' patent claimed Gleevec's active ingredient as well as the compound's corresponding salts.  Decision, pp. 4-5.  In 2000, four years after obtaining the patent for Gleevec, Novartis filed an application for another patent that claimed a particular crystalline form of one of the compound's corresponding salts.  Decision, p. 5. The patent examiner originally rejected Novartis' application on the basis that it was anticipated by Novartis' patent for Gleevec.  Decision, p. 6.  Novartis appealed, and the Patent Trial and Appeal Board reversed, ruling that Novartis' Gleevec patent "'contain[ed] insufficient disclosure to support a finding of anticipation'" and that the examiner erroneously "'shift[ed] the burden of persuasion to [Novartis].'" Decision, p. 7 (alteration in original).  The patent examiner thereafter issued a notice of allowance for a patent on the particular crystalline form of one of the salts in Gleevec.  After obtaining the notice of allowance, Novartis then made a supplemental disclosure of two prior art references that disclosed the salt but not the particular form of the salt for which Novartis sought the patent.  Decision, p. 7.  The Patent Office finally issued Novartis a patent on this particular form of salt in 2005, and this patent expires in 2019.  Decision, p. 8.

Meanwhile, a generic drug manufacturer, Sun Pharma, sued Novartis in 2013 seeking a declaration that Novartis' original Gleevec patent was invalid.  Decision, pp. 8-9.  Novartis settled that litigation, with Novartis allowing the generic manufacturer to market its generic version of Gleevec seven months after the expiration of the original Gleevec patent in 2015.  Decision, p. 9 (There were other generic manufacturers that wanted to market generic versions of the drug and Novartis also sued each for patent infringement. Decision, p. 9 n.3).

The two class action lawsuits at issue before the First Circuit were filed in the wake of Novartis' settlement with Sun Pharma.  One suit was filed by direct purchasers who alleged monopolization under the Sherman Act; the second suit was filed by end users who alleged monopolization under the laws of twenty-three states and the District of Columbia.  Decision, pp. 9-11.  Novartis moved to dismiss the lawsuits, arguing that the Noerr-Pennington doctrine precluded antitrust liability for exercising its right to enforce its patent against an alleged infringer and that no exceptions applied.  Decision, p. 11.  The District Court agreed with Novartis, and the plaintiffs appealed.  On appeal, the First Circuit "address[ed] the plaintiffs' position against Noerr-Pennington immunity by considering the strength of their arguments pertaining to whether Novartis had engaged in fraud within the meaning of Walker Process in obtaining the patent at issue or in 'sham' litigation in enforcing that patent."  Decision, pp. 12-13.

The First Circuit Court of Appeals first rejected the plaintiffs' claim that Novartis engaged in fraud in obtaining the patent within the meaning of Walker Process.  (In Walker Process, the Supreme Court held that it may be a violation of the federal antitrust laws to try to enforce a patent procured by fraud.)  The plaintiffs argued that Novartis misrepresented to the Patent Office "(1) that the prior art did not disclose [the salt] and (2) that Novartis's manufacture of the [particular form of the salt] was 'surprising[].'" Decision, p. 13 (alteration in original).  The First Circuit, however, did not "reach the issue of whether the plaintiffs have plausibly alleged that Novartis made either of the representations at issue with the requisite fraudulent intent" because it determined that neither "was material to the issuance of the patent."  Decision, pp. 14-15.  Particularly with respect to the prior art disclosure, while it was true that Novartis submitted prior art after the notice of allowance was issued, the examiner could have withdrawn the allowance.  Decision, pp. 16-18.  With respect to Novartis' use of the word "surprising," in the background information section of its patent application, the plaintiffs did not show this statement "was anything more than an assertion of non-obviousness."  Decision, pp. 18-20.

The plaintiffs' attempt to invoke the second exception to the Noerr-Pennington doctrine -- sham litigation to enforce a patent -- likewise failed.  To show "sham" litigation, a plaintiff has to prove two things:  (1) "the lawsuit must be objectively baseless in the sense that no reasonable litigant could realistically expect success on the merits" and then (2) the court has to focus on the "subjective motivation" of the litigant, that is, "whether the baseless lawsuit conceals an attempt to interfere directly with the business relationships of a competitor through the use [of] the governmental process -- as opposed to the outcome of that process -- as an anticompetitive weapon."  Decision, pp. 24-25 (alteration and emphasis in original; internal quotation marks and citations omitted).  In rejecting the plaintiffs' attempt to plausibly allege sham litigation, the First Circuit recognized that "the only ground that the plaintiffs assert[ed] to support their contention" was "that the patent was invalid on anticipation or obviousness grounds."  As the court stated, "that presents a problem for the plaintiffs" because "[a] patent 'is presumed valid'" and the plaintiffs did "not identif[y] a single precedent that permitted an antitrust 'sham' litigation claim to go forward based on an allegation that the infringement litigation was objectively baseless because the underlying patent was alleged to be invalid due to anticipation or obviousness."  Decision, pp. 27, 30.

On September 14, 2018, the plaintiffs filed a Petition for Panel Rehearing.  In their Petition, plaintiffs argued the First Circuit made four errors when it dismissed the complaints – errors that conflict with black letter patent law and long-established precedent.  First, plaintiffs argued that Novartis' use of the word "surprising" is "substantive evidence" to overcome a case of obviousness and therefore it is a factual assertion that can amount to a material representation.  In their second and third asserted errors, the plaintiffs argued that "a patent examiner's failure to detect misrepresentations does not excuse the applicant from the consequences of his fraud" and "the presumption of patent validity is not substantive proof of material facts."  Finally, plaintiffs argued the First Circuit's opinion on the import of the Patent Trial and Appeal Board's reversal of the initial rejection of Novartis' patent was wrong because the Board reversed the rejection, according to plaintiffs, based on the examiner taking "procedural shortcuts" and based on Novartis' specific representation of "surprise" which the Board believed was sufficient to state a case of non-obviousness.

Check back here for updates on whether, surprising or not, the Petition for Panel Rehearing is granted and what happens next.