An Odd Couple: A Primer on the Two Different Frameworks for Calculating the Terminal Date of a U.S. Copyright 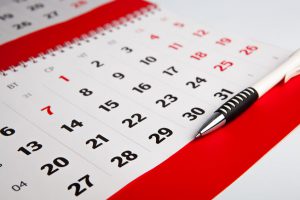 "A Landslide of Classic Art is About to Enter the Public Domain" asserts a recent article in The Atlantic.  Why this is so requires explaining the complexities of calculating the terminal date of a pre-1978 copyright under the dual system created by the 1976 Copyright Act.  This explanation relies mainly on examples drawn from the work of acclaimed American playwright Neil Simon, who died in August of this year at the age of 91, and whose prolific career, conveniently for this purpose, stretched from the 1960s to the 2000s.

The 1976 Copyright Act significantly changed U.S. copyright law on the measurement of the term of a copyright, in a (belated) step to conform to the long-standing international standard embodied in the Berne Convention of 1886.  Under the previous governing U.S. law -- the Copyright Act of 1909 -- copyright protection began at publication (or registration) and lasted for a term of years from publication (or registration).  The 1976 Act, in contrast, provided that copyright would begin at the time of creation instead of publication or registration (neither of which is necessary for copyright to attach under the 1976 Act).  Also, instead of a fixed term of years, copyright would last the entirety of the author's lifetime, plus 50 years after the author's death.  The Sonny Bonny Copyright Term Extension Act ("CTEA") of 1998 later extended that period to 70 years after the author's death.  17 U.S.C. Section 302(a).  (For anonymous works, pseudonymous works, or the special category known as "works for hire," the period of protection is 95 years from publication or 120 years after creation, whichever occurs first.  17 U.S.C. Section 302(a)).

Under the 1976 Act, then, a copyrightable work created after the Act's effective date of Jan. 1, 1978 is still in copyright at least through 2048, and calculation of the actual terminal date of copyright is straightforward.  If the (known) author is alive, then the expiration clock has not started running.  If the author is deceased, then you add 70 years to the year of the author's demise to get the expiration date.  For instance, Neil Simon's plays from the 1980s, such as "Brighton Beach Memoirs" and "Biloxi Blues," will remain in copyright until 70 years after his death, meaning they are copyrighted through December 31, 2088 (under 17 U.S.C. Section 305, the term of a copyright lasts the entire calendar year of the year in which it set to expire).

The change to a "life + n years" system in the 1976 Act, though, was prospective.  The Act provided that works already copyrighted as of January 1, 1978 are still governed by the pre-1976 system of a term of years from date of publication or registration, although, as discussed below, the term is now longer than it was originally under the 1909 Act.  Congress also kept in place for a time certain formal requirements frowned upon by the Berne Convention.  Congress thus created a dual system for term of copyright, and greatly complicated determining whether and for how long a work published before 1978 is copyrighted.

Nevertheless, a general principle to keep in mind is that some works published after 1923 are in the public domain due to formal requirements applicable at the time of their creation.  One such formality required by the 1909 and 1976 Acts was filing a renewal registration.  The window for renewing was within one year of the expiration date.  For instance, Neil Simon's play "Barefoot in the Park," which debuted on Broadway in 1963, required the affirmative filing of a renewal registration in 1991 to get its second term.  If a renewal registration form was not timely filed on a work, then it would lose its copyright status, a fate that occurred to a number of well‑known films, such as "It's a Wonderful Life":  released in 1946, its copyright was not renewed (although technically the film is not entirely in the public domain, since it was a derivative work of a short story whose author renewed the copyright).

Another formality that could land an otherwise copyrightable work in the public domain was the requirement that the publisher use the copyright symbol -- © (c and a circle) -- and list the year, and who was copyrighting, for the copyright to be valid.  In 1968, when, just before its release, the title of the movie "Night of the Flesh Eaters" was changed to "Night of the Living Dead," the distributor accidently omitted this copyright notice from the revised credits, causing that horror classic to enter the public domain.

The copyright notice requirement was later removed, in 1989, in accordance with Congress' adoption of the Berne Convention Implementation Act of 1988 (changing "shall" to "may" in the notice statute (17 U.S.C. Section 401)).   Neil Simon's 1991 Pulitzer Prize-winning play "Lost in Yonkers" is thus entitled to copyright protection regardless of whether the publisher affixed to it a copyright notice.

As a general rule, though, in a lawsuit or a licensing transaction involving a purportedly copyrighted work published or registered before 1978 (and in some cases, works published after 1978), an attorney interested in determining whether the work is still copyrighted needs to be familiar with these now-superseded formalities and with the old way in which the term of copyright was calculated.