Defense attorneys have frequently used Rule 68 offers of judgment as a strategy to nullify the named plaintiffs' claims in class action lawsuits. These attorneys have argued that by making Rule 68 offers that would give complete relief to the named plaintiffs, their claims become moot. Once moot, the claims are subject to dismissal, thereby defeating the class action, at least until a different plaintiff later files a claim. The circuit courts of appeals have long been divided over the appropriateness of using Rule 68 as a strategy to decapitate a class action by mooting a named plaintiffs' case.

Recently, the Eleventh Circuit issued an opinion rejecting the use of this strategy. Jeffrey M. Stein, D.D.S., M.S.D., P.A. v. Buccaneers L.P., 772 F.3d 698, 2014 U.S. App. LEXIS 22603 (11th Cir. 2014). In Stein, six plaintiffs filed a complaint alleging that the defendant faxed plaintiffs, and 10,000 others, unsolicited advertisements in violation of the Telephone Consumer Protection Act ("TCPA") and its implementing regulations. Id. at *2–3. The plaintiffs sought to represent a nationwide class consisting of those who had received the advertisements. Id. at *3. The plaintiffs demanded statutory damages, on a per-violation basis, and an injunction preventing the defendant from committing future violations of the TCPA. Id.

The Eleventh Circuit reversed the dismissal. Citing Justice Kagan's dissent in Genesis Healthcare Corp. v. Symczyk, 133 S. Ct. 1523 (2013), the court determined that the "thrice-asserted view [that the defendant's offer mooted the plaintiff's individual claims] is wrong, wrong, and wrong again." Id. at *9 (citing Genesis, 133 S. Ct. at 1533). The Stein court found that because the plaintiffs had not accepted the offers, they were "'considered withdrawn' and were 'not admissible.'" Id. at *8. Therefore, according to the court, the individual claims were not moot because "[a]fter the offers lapsed . . . the legal relationship between [the defendant] and the named plaintiffs was precisely the same as before the offers were made . . . ." Id. at *12.

Although Stein signals an end to using Rule 68 offers of judgment to dismiss named plaintiffs' claims in the Eleventh Circuit, the decision's impact in other jurisdictions remains unclear. As the Stein court itself recognized, other courts have reached the opposite conclusion. Id. at *22. These courts reason that "[t]o allow a case, not certified as a class action and with no motion for class certification even pending, to continue in federal court when the sole plaintiff no longer maintains a personal stake defies the limits on federal jurisdiction expressed in Article III." Damasco v. Clearwire Corp., 662 F.3d 891, 895 (7th Cir. 2011).

Absent guidance from the Supreme Court, it is likely that the disagreement among courts will continue. Id. at 895 ("Four circuits disagree with this approach [of dismissing the named plaintiffs' claims as moot], but we have not been moved to reverse course."). Going forward, attorneys should continue to evaluate the strategy of using an offer of judgment as a quick exit from class litigation, while recognizing that the law is changing rapidly and dramatically. 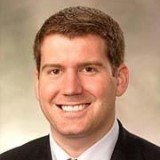