SCOTUS Provides Another Victory for Proponents of Arbitration, While the CFPB Plans to Impose Restrictions 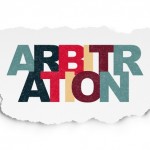 Justice Breyer, who dissented in Concepcion, wrote the majority opinion in DirecTV (6-3). He opened the opinion by quoting from the Federal Arbitration Act, which provides that an agreement to arbitrate a dispute arising out of a contract "shall be valid, irrevocable, and enforceable, save upon such grounds as exist at law or in equity for the revocation of any contract." (quoting 9 U.S.C. § 2). Justice Breyer reiterated that even though Concepcion was "a closely divided case," such a divide "has no bearing on that undisputed obligation" to follow the Court's holding in Concepcion. The Supreme Court described the impact of its decision in Concepcion, stating, "The view that state law retains independent force even after it has been authoritatively invalidated by this Court is one courts are unlikely to accept as a general matter and to apply in other contexts." The Court held that the California courts' interpretation did not give proper regard to the federal policy favoring arbitration, and concluded that the California courts' interpretation was pre-empted by the Federal Arbitration Act and that the arbitration agreement must be enforced.

Specifically, the Supreme Court concluded that the language "law of your state," as referenced in the consumer agreements, could not have referenced, and did not refer, to invalid California law. The Court observed that the contract language was not ambiguous, the California courts were interpreting the arbitration clause differently than they would interpret other contract provisions, and the California Supreme Court has previously held that references to California law in a contract incorporates the legislature's power to change the law retroactively.

While the Supreme Court's decision in DirecTV is another victory for proponents of arbitration, arbitration is subject to ongoing criticism in other contexts. For example, the Consumer Financial Protection Bureau concluded in a recent study that class waivers in arbitration clauses (which are included in tens of millions of consumer agreements) are harmful to consumers when included in agreements with providers of financial products and services.  Accordingly, the CFPB plans to propose a federal rule  barring these class waivers in arbitration clauses for consumers in the financial services area.  In addition, the Centers for Medicare & Medicaid Services recently proposed changes to 42 C.F.R. § 483.70(n) that prohibits long-term care facilities from making admission to the facility contingent upon a resident or representative signing an arbitration agreement, and requires further that any arbitration agreement must be fully explained and understood, entered voluntarily, and provides for selection of a neutral arbiter in a venue convenient to both parties.

Companies, and in particular financial institutions, will need to work with legal counsel to navigate through these expected shifts in federal law relating to arbitration. Even once these companies understand the requirements of new laws affecting arbitration, many companies will need to evaluate the propriety of still including arbitration clauses, and also analyzing other non-arbitration options that may provide greater certainty and cost control with litigation.