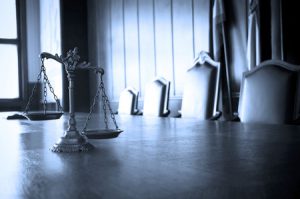 In August, the Ohio Supreme Court decided an issue of first impression on the constitutionality of a statute proscribing a person who knows they are HIV positive from engaging in sexual conduct without disclosing that status. Orlando Batista, represented by the Hamilton County Public Defenders, brought the challenge arguing that the statute is a content-based regulation that compels speech and violates the Equal Protection Clauses.  State v. Batista, 2017-Ohio-8304, ¶ 2.  Despite the statute's requirement that an individual with HIV disclose that information, the Ohio Supreme Court concluded that the statute regulated conduct and required only incidental speech.

The Ohio Department of Rehabilitation and Corrections informed Orlando Batista that he tested positive for HIV in 2001. Years later, he participated in a sexual relationship without informing his partner, R.S., that he was HIV positive, all of which he admitted to police.  Batista was indicted for felonious assault under R.C. 2903.11(B)(1).  He moved to dismiss the indictment arguing that the statute was unconstitutional under the United States and Ohio Constitutions.  The trial court denied the motion, and Batista pled no contest.  The First District Court of Appeals affirmed his conviction, and the Ohio Supreme Court granted discretionary review.

R.C. 2903.11(B)(1) proscribes an individual with knowledge that they are HIV positive from "engag[ing] in sexual conduct with another person without disclosing that knowledge to the other person prior to engaging in the sexual conduct."  On appeal to the Ohio Supreme Court, Batista argued that the statute "is subject to strict scrutiny review for the First Amendment and Equal Protection claims because the statute compels content based speech and implicates a fundamental right."  Batista admitted that the state has a compelling interest in preventing the spread of HIV, but asserted that the statute could not survive a strict scrutiny review because it is not narrowly tailored, arguing that "it does not prevent the spread of HIV, it compels speech even when the sexual conduct or bodily fluids cannot transmit HIV, and its existence is not necessary to prosecute HIV positive individuals for exposing people to HIV."  Batista claimed the statute has the undesirable effect of discouraging people from getting tested.  He also argued the statute violates Equal Protection because there is no reason to single out HIV but not other infectious diseases such as Hepatitis C.

The court upheld the statute.  Justice O'Donnell, writing for the majority, explained that the statute does not run afoul of the First Amendment because it regulates conduct, not speech. In reaching this determination, the majority relied on cases from Missouri and Illinois holding that similar statutes regulated conduct, not speech.  One case the court relied on was Illinois v. Russell, 630 N.E.2d 794, 796 (Ill. 1994).  The statute at issue in Russell prohibits a person with knowledge that he or she is HIV positive from engaging in intimate contact with another person.  The court there decided without explaining that, "[N]either the statute nor the cases before us have even the slightest connection with free speech."

Likewise, in the Missouri case, the statute prohibits exposure without consent.  Missouri v. S.F., 483 S.W.3d 385, 387-88 (Mo. 2016).  The distinction here is that the purpose of the Missouri statute "is not to compel disclosure. Instead, the statute seeks to prevent certain conduct that could spread HIV to unknowing or nonconsenting individuals."  Accordingly, the plain text of that statute regulates the exposure but does not require a person to disclose their HIV status.  The court there concluded that while, as the Defendant explained, "the statute may also compel disclosure, as a practical matter, because there is no other way to be sure that a potential sexual partner knows of the HIV infection and consents to being exposed to HIV," any burden on speech was permissible as incidental speech.

Justice DeWine plainly disagreed.  His concurrence, joined by Justices Kennedy and French, explained that, "The statute plainly regulates both conduct and speech: one who tests positive for the human immunodeficiency virus (“HIV”) must tell his partner that he is HIV positive before engaging in sex.  When the government tells someone what he must say, it is regulating speech."  Either way, the statute remains for now, although a petition for certiorari is likely forthcoming.