Like most areas of the law, media law is an ever-changing and developing field.  With the advent of social media, blogs, twitter, Facebook, LinkedIn, and many other social media websites, issues such as defamation and copyright are at the forefront of every media lawyers' mind.  The 24-7 news cycle also presents new challenges for media lawyers.  To help address these issues, the Law & Media Committee of the Ohio State Bar Association plans an annual conference in October, which is held in Columbus.  Participants include, among others, journalists, lawyers, judges, and students.  The conference entails a plenary session with multiple break-out sessions addressing topics such as defamation, fair use, copyright, ethics, newsgathering, sunshine laws, reporter's privilege, crisis communication, and legal pitfalls in social media.

This year, four attorneys at Faruki Ireland & Cox P.L.L. – Jeff Cox, Bob Bartlett, Marty Foos, and Andy Reitz – served as panelists for the conference.  Jeff moderated a panel on "Challenging Journalistic Boundaries: Access to Information in the Internet Age."  The Internet has radically changed the way people access information, stretching journalistic boundaries in the process.  This panel considered these access-related questions:  Should family members have to witness footage of a loved one's murder?  Can limits be placed on those who post information online without applying journalistic standards?  What is a "journalist"?  The panel evaluated pending legislation affecting the media and considered ethical dilemmas facing journalists in the Internet age.  The panel also facilitated a debate among the audience regarding the definition of a journalist.

Bob Bartlett served as a panelist on the "Bench-Bar-Media Roundtable:  A Hypothetical to 'Occupy' Your Thoughts."  This panel, which was comprised of judges, lawyers, editors, and a prosecutor, discussed a hypothetical situation relating to the media's coverage of the recent "occupy" movement.  Specifically, the panel discussed issues relating to undercover footage using a hidden camera and microphone.  This roundtable session highlighted some important news gathering issues and elicited ideas on how to handle various stories.

Marty Foos moderated a panel discussing "Ethical and Legal Issues in Newsgathering."  This panel considered the legal and ethical pitfalls associated with gathering the news, especially focusing on the changing media landscape of the Internet age.  The panel discussed a variety of ethical standards and issues facing the media.  The session included some practical suggestions from experienced editors.  The panelists also educated the audience about the law in this area.

Overall, the OSBA Law and Media Conference was a huge success.  FIC attorneys and clients have participated as moderators, panelists, speakers, and attendees in previous OSBA Law and Media Conferences and will continue to do so in the future.  Staying current on media law issues is an important part of FIC's practice.  As the Internet and social media platforms continue to evolve and change, so will the law.  New trends and standards will be set, andFarukiwill continue to be a part of those developments. 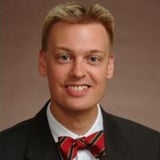