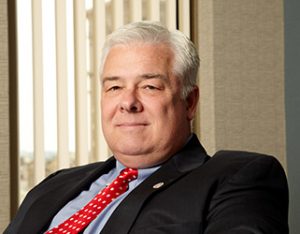 Jeff Cox has been elected to serve as the Vice Chair of the Community Resource Board for WYSO Public Radio.  The Miami Valley's only NPR news station, WYSO (91.3 FM) broadcasts in HD from its studios in Yellow Springs, Ohio; WYSO's programming is also available live at http://wyso.org and on NPR One.  Founded in 1958 as a student-run station on the campus of Antioch College, WYSO has grown substantially and now broadcasts 24 hours a day, seven days a week with 50,000 watts of power.  WYSO reaches 12 counties throughout Southwest and West Central Ohio with a potential audience of more than one million listeners, including the Greater Dayton and Springfield metro areas and much of Cincinnati.  "We have an engaged and expanding base of listeners that enjoy WYSO's exceptional blend of news, commentary, community and music programming," Cox said.  "I am humbled and honored to serve this vital community resource."  Jeff joined the WYSO Board in 2016.  Faruki+ is an underwriting sponsor of WYSO's award-winning programming.