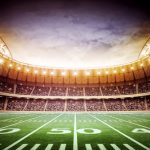 College apparel and merchandising is big business. For example, since its creation in 1982, the Licensing Program at the Ohio State University ("OSU") has generated over $130 million in royalty revenue from approximately $1.3 billion in licensed retail sales.  [1]  In addition to executing licensing agreements, such licensing programs typically monitor and enforce trademarks and copyrights, to protect and control the use of their intellectual property and accompanying goodwill.

Recently, OSU sued online retailer Cafepress in the U.S. District Court in Columbus for trademark infringement and associated claims. [2]  The claims stem from Cafepress's alleged manufacture and sale of infringing t-shirts and other merchandise.  Cafepress operates an "online print-on-demand" service.  [3]  In addition to designing and selling its own products, Cafepress "provides its customers with a platform through which they can submit designs for products which [Cafepress] will then manufacture, promote, sell and ship."  [4]  In other words, Cafepress allows its customers to upload images, which Cafepress then puts onto a product that it sells to the customer.

In its complaint, OSU describes its various trademarks, such as the block "O" with buckeye leaves and O-H-I-O logos. OSU alleges that its trademarks "have become assets of significant value as symbols pointing only to Ohio State, its services, products and goodwill."  It then sets forth numerous examples of allegedly infringing merchandise, using side-by-side comparisons of products offered on Cafepress's website versus products offered by Ohio State's licensees.  OSU demands a laundry list of remedies besides a permanent injunction against Cafepress, including that Cafepress surrender all infringing merchandise, that Cafepress disgorge all profits from the sale of infringing merchandise, that Cafepress pay compensatory and treble damages, and that Cafepress pay statutory damages of $1 million per counterfeit mark per type of product offered, in accordance with 15 USC §1117.  As of the time of this writing, Cafepress had not responded to the complaint.

Of course, creating apparel that bears college trademarks without proper approval is nothing new, as shown in the recent ESPN "30 for 30" documentary "Catholics vs Convicts." [5]  The documentary focuses on the epic 1988 football game between the University of Notre Dame and the University of Miami.  However, the show also describes how former Notre Dame students -- who did not get licensing approval from any university -- created and sold shirts in the mid-1980s with various copyrighted or trademarked slogans and logos.  One student describes how Notre Dame's student affairs department asked him to stop making and selling the shirts -- not because of infringement, but because a student was not allowed to operate a business on campus without the university's approval.

Times have obviously changed. As evidenced by OSU's lawsuit against Cafepress, schools now aggressively monitor and enforce their trademarks.  And, they are not hesitant to seek significant damages and relief.  Many colleges have also implemented extensive licensing programs.  Indeed, OSU has an application process for companies interested in becoming a licensee, and its student organizations, fraternities and sororities, and club teams can request use of university marks on their uniforms.

The possible cause of this more comprehensive and aggressive attitude toward trademark enforcement: the ubiquitous presence of Internet retailers, coupled with an increased focus by universities on the business side of athletics.  [6]  Of course the universities want to make sure not to lose the trademark status of their logos.  However, the damages sought in OSU's case against Cafepress, for example, hint at additional motives.  As the Washington Post has examined and explained, major college athletics departments are making more money than ever before -- due in part to television contracts, big money donors, and licensing deals.  [7]  Yet, athletics departments are losing more money than ever before too, caused by competition among major universities to build the best facilities and pay for other amenities, such as skyrocketing coaching salaries and increased staffing.  [8]  In fact, according to the Washington Post, the NCAA's president remarked in 2014 that only a very small portion of NCAA institutions are actually making a profit.  [9]  Merchandise and licensing sales are certainly a way for universities to generate much needed cash.

Do not expect the trend of more aggressive trademark enforcement to reverse any time soon. It is possible that universities will turn their attention to retailers much smaller than Cafepress that similarly offer customized products designed by the customer.  It would be wise for such retailers to make sure that they have processes in place to deter and prevent infringement.