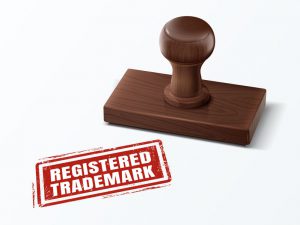 The Supreme Court recently granted certiorari (in Iancu v. Brunetti) to decide whether the statutory prohibition on federal registration of a so-called "scandalous" trademark -- in this instance, "FUCT" -- conflicts with the First Amendment guarantee of free speech.  At first glance, the Court's decision in Matal v. Tam, 137 S. Ct. 1744 (2017), in which the Court unanimously held that the prohibition on registering "disparaging" trademarks violated the First Amendment, dictates the same result in Brunetti.  However, Brunetti potentially differs from  Tam on the facts, plus, the Court could not agree on a rationale for its decision in Tam.  While it appears that most observers believe that the Court will rule in the trademark owner's favor in Brunetti, there are various possible routes that the Court could take to reach that result.

Trademark registration is voluntary, and unregistered marks can be enforced under federal and state law; however, registration "confers important legal rights and benefits."  B&B Hardware, Inc. v. Hargis Indus., 135 S. Ct. 1293, 1300 (2015).  Brunetti and Tam both involve 15 U.S.C. Section 1052(a), which prohibits the United States Patent and Trademark Office (PTO) from registering a trademark that constitutes "immoral, deceptive, or scandalous matter; or matter which may disparage or falsely suggest a connection with persons, living or dead, institutions, beliefs, or national symbols or bring them into contempt or disrepute."

The prohibition on a mark that "disparage[s]" was at issue in Tam.  The PTO refused to register a trademark used by an Asian-American rock group on the ground that the mark was an ethnic slur, although the group's leader said he chose it in order to "'reclaim' and 'take ownership' of stereotypes about people of Asian ethnicity."  Tam, 137 S. Ct. at 1754.

In Tam, all eight justices (the case was argued when there was a vacancy on the court following Justice Scalia's death) agreed that the "disparaging" prohibition violated the First Amendment.  However, they split 4 to 4 on the rationale.  Justice Alito, joined by three Justices, rejected the government's argument that the provision permissibly regulated "commercial speech," for which there is a "relaxed scrutiny" test that allows restrictions narrowly drawn to protect a substantial governmental interest.  Central Hudson Gas & Elec. v. Public Serv. Comm'n of N.Y., 447 U.S. 557, 564-65 (1980).  In Justice Alito's opinion, even if the "disparaging" provision were governed by the Central Hudson test, it was not narrowly drawn to protect a substantial government interest.  Tam, 137 S. Ct. at 1764-65.  Justice Alito also rejected the PTO's argument that registered trademarks are a) a form of government-subsidized speech, in which some control over the message being promoted is allowed, or b) "a type of government program in which some content-and speaker-based restrictions are permitted."  Id. at 1763.

Justice Kennedy, joined by the remaining three Justices, opined that the provision constituted governmental "viewpoint discrimination," which, he said, sufficed to conclude that it violated the First Amendment, and there was no need to address other issues that were addressed by Justice Alito.  Tam, 137 S. Ct. at 1765.

Brunetti, unlike Tam, does not involve a "disparaging" trademark but rather Section 1052(a)'s prohibition on registering "immoral . . . or scandalous matter."  Citing that provision, the PTO denied registration of the trademark "FUCT" for use on clothing products.  The Court of Appeals for the Federal Circuit, while agreeing with the PTO that the mark evokes the past participle of a common English profanity (a finding that the applicant, rather disingenuously, contested), held that the provision violates the First Amendment because it "impermissibly discriminates based on content."  In re Brunetti, 877 F.3d 1330, 1341 (Fed. Cir. 2017).  The PTO refused to register Brunetti's trademark in part because of its use in connection with images that conveyed "extreme misogyny," "extreme nihilism," and "anti-social imagery."  Id. at 1349.  The PTO's focus on the offensiveness of the mark meant that the prohibition "hinges on the expressive, not source-identifying, nature of trademarks," and is therefore concerned with more than commercial speech.  Id.   It was thus subject to strict scrutiny, rather than the "intermediate level of scrutiny" of the Central Hudson test.  Brunetti, 877 F.3d at 1342, 1350.

The court held, alternatively, that, even if the Central Hudson test did apply, the provision would still violate the First Amendment, relying on the principle, stated in both Justice Alito's and Justice Kennedy's opinions in Tam, that speech cannot be restricted merely on the ground that is offensive.  Brunetti, 877 F.3d at 1350-52.  The court also noted (id. at 1353) that there was no strong government interest advanced by the provision: withholding registration of a mark is not effective in protecting the public from scandalous material, in that the unregistered trademark can still be used in commerce (which, oddly, implies that a more restrictive statute would fare better under the Central Hudson test).  The court further noted that examples of the PTO's seemingly arbitrary application of the "scandalous" restriction to some but not all profane trademarks show that the language of the statute is not narrowly tailored to the alleged government interest.  Brunetti, 877 F.3d at 1353-54.  The Supreme Court granted the PTO's petition for certiorari on January 4, 2019.

The lack of a rationale commanding a majority of the court in Tam creates various paths to affirming the Federal Circuit's judgment in Brunetti.  The court could adopt Justice Alito's rationale in Tam; his view that "disparaging" speech cannot be restricted merely on the ground that it is "offensive to a substantial percentage of the members of any group" (Tam, 137 S. Ct. at 1763) would seem equally applicable to marks for which registration was denied under the "scandalous" prohibition.  Similarly, Justice Alito's rejection in Tam of the PTO's arguments that registering a trademark transforms the mark's content into government-subsidized speech, or speech in public forum, would seem equally applicable in Brunetti.

Alternatively, the Court could adopt Justice Kennedy's rationale in Tam and rule that the "scandalous" prohibition discriminates on the basis of viewpoint.  However, does mere use of a profanity express a "viewpoint?"  Justice Alito's opinion in Tam stated broadly that "[g]iving offense is a viewpoint."  Tam, 137 S. Ct. at 1763.  The PTO, though, insists that the prohibition at issue in Brunetti is viewpoint neutral because it is concerned only with the use of "a vulgar and obscene term," not the user's point of view.  Petition for Certiorari, pp. 14-15.  The Federal Circuit in Brunetti expressly avoided the issue, although it "question[ed] the viewpoint neutrality of the immoral or scandalous provision."  877 F.3d at 1341.

If not viewpoint discrimination, then the question for the Court will be whether, as the Federal Circuit held, the prohibition is an improper "content-based" restriction subject to strict scrutiny.  If the Supreme Court concludes that it is not subject to strict scrutiny, then it will need to consider the Federal Circuit's analysis, in its alternative holding, that the prohibition is unconstitutional even under the relaxed scrutiny for regulation of commercial speech.  The PTO's contrary argument, that the statute sets forth a narrowly-tailored, viewpoint-neutral restriction on "speech" that is merely used to identify the source of goods in commerce, is, in my view, its most promising route for convincing the Supreme Court that the statute is consistent with the First Amendment.

Further, if the Court does not find the prohibition on scandalous content to be viewpoint discrimination, then the Court will also need to confront the issue of whether trademark registration is a form of "federal subsidy," Tam, 137 S. Ct. at 1767 (Kennedy, J.), or constitutes government-sponsored speech, on which the government can place reasonable restrictions.  In my view, though, the Supreme Court will, like the Court of Appeals, find that the PTO's argument proves too much: "[i]f . . . a registration program . . . gives the government the authority to regulate the content of speech, then every government registration program would provide the government with similar censorship authority," including the federal regime for registration of copyrights.  Brunetti, 877 F.3d at 1345.

Adding another issue to the mix is Judge Dyk's concurrence in Brunetti, which opined that the "scandalous" provision is constitutional, to the extent the statutory language is limited by judicial interpretation to restrict only "obscene" trademarks.  877 F.3d at 1359.

In sum, the combination of an absence of a majority opinion in Tam, the various First Amendment doctrines implicated by Brunetti, and the subject matter (profane and vulgar trademarks), should lead to an interesting oral argument before the Court.