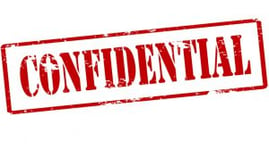 The U.S. Supreme Court recently agreed to hear a case that could significantly affect access to business information provided to the federal government that is otherwise kept confidential:  Food Mktg. Inst. v. Argus Leader Media, No. 18-481.  It would mark the first time that the Court has interpreted Exemption 4 of the Freedom of Information Act ("FOIA"), 5 U.S.C. § 552(b)(4), which shields from public disclosure "matters that are . . . trade secrets and commercial or financial information obtained from a person and privileged or confidential."  5 U.S.C. § 552(b)(4) (emphasis added).

The underlying dispute arose when a South Dakota newspaper requested various data concerning the Supplemental Nutrition Assistance Program ("SNAP"), formerly known as the food stamp program, from the U.S. Department of Agriculture ("USDA").  While the USDA releases monthly SNAP usage data on national, state, and congressional-district bases, it refused to provide the newspaper with usage data on an individual-store basis under Exemption 4.  The newspaper sued the agency under FOIA and prevailed at trial.

The Eighth Circuit affirmed, ruling that the USDA had failed to show that the data were "confidential" under Exemption 4.  The court applied a test first articulated in Nat'l Parks & Conservation Ass'n v. Morton, 498 F.2d 765 (D.C. Cir. 1974), under which the agency had to show that "releasing the data was likely (1) to impair the Government's ability to obtain necessary information in the future; or (2) to cause substantial harm to the competitive position of the person from whom the information was obtained."  Argus Leader Media v. U.S. Dep't of Agric., 889 F.3d 914, 915 (8th Cir. 2018) (emphasis added) (internal quotation marks omitted).  The court concluded that while store-level SNAP data is closely-guarded by retailers, the evidence did not satisfy National Parks:

"The trial evidence showed that the grocery industry is highly competitive, but is already rich with publically-available data that market participants (and prospective market entrants) use to model their competitors' sales.  The evidence shows that releasing the contested data is likely to make these statistical models marginally more accurate.  But the evidence does not support a finding that this marginal improvement in accuracy is likely to cause substantial competitive harm. . . .  A likelihood of commercial usefulness – without more – is not the same as a likelihood of substantial competitive harm."

This fight over the meaning of "confidential" in § 552(b)(4) has now reached the Supreme Court.  In seeking review, the petitioner (an association of retail grocery stores) argued that the "substantial harm" test is "atextual," and relies on a "selective reading of legislative history" instead of the plain meaning of "confidential."  Petition for a Writ of Certiorari, Food Mktg. Inst. v. Argus Leader Media, No. 18-481 (2018), pp. 3, 8.  In response, the newspaper argued that the Court should not "blindly interpret statutes based on bare dictionary definitions divorced from context," and that the petitioner's interpretation of the term is "overly broad, unworkable, and inconsistent with the structure and purposes of FOIA."  Brief in Opposition, Food Mktg. Inst. v. Argus Leader Media, No. 18-481 (2018), pp. 12, 33.

The Supreme Court granted certiorari on January 11, 2019, and will hear the case in the coming months.  If the Court rejects the "substantial harm" test of National Parks and instead applies a dictionary definition of "confidential," then the scope of Exemption 4 could expand dramatically.  Whatever the result, a decision should provide important insight into the Justices' theories of statutory interpretation under FOIA, and how they balance the interests of companies who must provide sensitive information to federal agencies – by law or business necessity – against the public's right to monitor the business of their government.