The Trouble with Treble: The Supreme Court May Change the Standard for Awarding Treble Damages for Patent Infringement 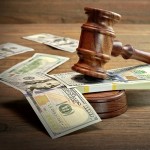 If you are a patent infringement defendant, it is an unfortunate fact that, under current U.S. patent law, the bad news of a jury verdict against you can be followed by worse news, in the form of the judge determining that the jury's damages award against you should be "enhanced" by multiplying it by three. A judge is given this discretion to treble damages in patent cases by 35 U.S.C. section 284, which provides that "[t]he court may increase the damages up to three times the amount found or assessed."

In 2016, the worse news for defendants on enhanced patent damages could become even worse. Current precedent of the intermediate appellate court that hears all patent appeals, the Court of Appeals for the Federal Circuit, substantially limits a judge's discretion to award enhanced damages under section 284; however, the U.S. Supreme Court will hear argument on February 23 in two cases, Halo and Stryker (Halo Electronics v. Pulse Electronics, 769 F.3d 1371 (Fed. Cir. 2014) and Stryker Corp. v. Zimmer, Inc., 782 F.3d 649 (Fed. Cir. 2015)), where the Court will be urged to strike down the Federal Circuit's judicially-created restraints on a trial judge's discretion to award treble damages.  Given the regularity with which the Federal Circuit's tests and formulations are rejected by the Supreme Court, it is highly likely that the Supreme Court's rulings in Halo and Stryker render the test for enhanced damages more vague and, as a result, more Plaintiff-friendly.

The basis for an award of enhanced damages in a patent case differs from an award of compensatory damages. An award of compensatory damages does not require proof of the infringer's state of mind; a company can accidentally, or unknowingly, infringe, and be liable for compensatory damages, and can be liable if even it believes in good faith that it does not infringe -- the relevant statute, 35 U.S.C. Section 271(a), merely requires that the defendant make, use, sell, or offer to sell an infringing product, in order to be found liable for compensatory damages.  In contrast, enhanced damages are meant to be punitive, Aro Mfg. v. Convertible Top Replacement Co., 377 U.S. 476, 508 (1964) (the patentee "could in a case of willful or bad-faith infringement recover punitive or 'increased' damages under the statute's trebling provision"), punishing the infringer for "intentional disregard of legal rights" (Knorr-Bremse Systeme v. Dana Corp., 387 F.3d 1337, 1342 (Fed. Cir. 2004)).  To be liable for "enhanced" damages, there must be proof of a conscious disregard for the patent rights of the Plaintiff, which the Federal Circuit has termed "willfulness."

The Federal Circuit has vacillated on what constitutes proof of willfulness. Initially, soon after the Federal Circuit was created in 1982, the court, in Underwater Devices, Inc. v. Morrison-Knudsen Co., 717 F.2d 1380, 1389-90 (Fed. Cir. 1983), held that a company with notice of a patent has to exercise "due care," such as by obtaining the advice of competent patent counsel.  The court did not expressly require a party to obtain counsel's advice to escape a finding of willfulness, but as a practical matter, prudent companies aware of a competitor's patent would obtain an opinion of counsel, in order to show that they had met the affirmative duty of due care.

In 2007, though, the Federal Circuit went in a more pro-defendant direction, overruling the affirmative duty of due care standard as being too "akin to negligence." In re Seagate Technology, LLC, 497 F.3d 1360, 1371 (Fed. Cir. 2007).  Further, the court in Seagate articulated a two-part test for willfulness that requires a patentee to meet both an objective and subjective prong:  the patent owner must first show, to meet what the court refers to as a "threshold objective standard," that "the infringer acted despite an objectively high likelihood that its actions constitute infringement of a valid patent." Id. at 1371.  There must be a showing of "objective recklessness." Id.  "The state of mind of the accused infringer is not relevant to this objective inquiry." Id.  The second prong, if the first is met, is whether that objectively high risk of infringement, which is "determined by the record developed in the infringement proceeding," was known to the accused infringer. Id.  The court further held that objective recklessness is a question of law for the court, not the jury. Id. at 1372.  The court later elaborated on the objective part of the test, holding that there is no objective recklessness if the judge determines that the Defendant's arguments at trial, even though unsuccessful, were "reasonable." Stryker Corp. v. Zimmer, Inc., 782 F.3d 649, 661 (Fed. Cir. 2015).

Plaintiffs-Petitioners in Halo and Stryker argue that the Federal Circuit's two-part test is at odds with the statutory language, and argue for a "totality of the circumstances" test, similar to that which the Federal Circuit used before Seagate; see, e.g. Knorr-Bremse, 383 F.3d at 1342 ("[d]etermination of willfulness is made on consideration of the totality of circumstances.").

Some important amici curiae agree that the Seagate test should be overturned, but advocate different tests than the Petitioners'.  The American Intellectual Property Law Association ("AIPLA") argues, like the Petitioners, that the "objective" prong of the Seagate test should be dropped, but also states that a "totality of circumstances" test is too broad; the organization argues that the standard should instead be "subjective bad faith."  The United States argues for a narrower adjustment of the Seagate test that focuses on the timing of when the defendant realized it had a good defense.  The Solicitor General's amicus brief concedes that the Federal Circuit is correct that enhanced damages "should be reserved for atypical cases involving the most egregious infringing conduct," but argues that a reasonable defense presented at trial (an "eventual assertion of a plausible defense") should not categorically bar enhanced damages, if the evidence shows defendant copied the patented invention without a "contemporaneous, good-faith belief" that its behavior was lawful at the time infringement began.

Against these positions, respondents can cite the fact that Congress recently (2011), in the America Invents Act, extensively amended the patent statutes, and that the amendments included a provision directed at willfulness -- specifically, 35 U.S.C. section 298, which provides that the defendant's failure to obtain an opinion of counsel cannot be used as evidence of willful infringement. Congress though, let the Seagate two-part test stand, from which one could infer Congressional approval of the test.

Nevertheless, reversal, in some form, seems likely. The Federal Circuit's recent track record in front of the Supreme Court is dismal, especially in cases where the Supreme Court has been asked to review judicially-created tests that are not grounded in the language of the patent statutes.  The Petitioners in Halo and Stryker have urged that one such case, Octane Fitness, LLC v. ICON Health & Fitness, Inc., 134 S. Ct. 1749 (2014), should be the template for how the court addresses the enhanced damages issue.  In Octane, the Supreme Court overturned the Federal Circuit's test for determining whether a patent case is "exceptional" for purposes of an award of attorney's fees under 35 U.S.C. section 285 ("The Court in exceptional cases may award reasonable attorney fees to the prevailing party.").  The court characterized the Federal Circuit's recent adoption of a three-part test for a fee award (one of which parts asked whether the infringer's arguments were "objectively baseless") as "abandon[ing]" its earlier "holistic, equitable approach in favor of a more rigid and mechanical formulation," id. at 1754.  The Federal Circuit's approach was not only "more rigid," according to the Supreme Court, it was "unduly rigid," id. at 1755, and "overly rigid," id. at 1756, in that it "impermissibly encumber[ed] the statutory grant of discretion to district courts," id. at 1755, by "superimpos[ing] an inflexible framework onto a statutory text that is inherently flexible," id. at 1756.  The determination of fees, the Court said in Octane, must instead be made on a "case-by-case" basis, "considering the totality of the circumstances." Id. at 1756.

The similarity between the "inherently flexible" language of section 285 on attorney's fees and the language of section 284 on enhanced damages (the latter of which, as the Federal Circuit acknowledges, "is devoid of any standard for awarding them," Seagate, 497 F.3d at 1368) is apparent.  One should therefore expect yet another Supreme Court ruling striking down a "rigid" Federal Circuit test in favor of largely unfettered trial court discretion, which will add to the uncertainty and unpredictability of patent litigation.