Will the Federal Circuit (Or Congress) Contain the Gusher of Patent Litigation in East Texas? 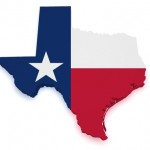 Perhaps the strangest aspect of patent practice in the United States, especially for non-lawyers, is the fact that so much patent infringement litigation takes place in the United States District Court for the Eastern District of Texas – specifically, in the small towns of Marshall, Texas and Tyler, Texas (population about 25,000 and 100,000, respectively).  In 2015, nearly half (45%) of all patent infringement lawsuits in the U.S. were filed in the Eastern District of Texas ("'Perfect Storm' Leads To Record Number of EDTX Patent Suits," Law360, Feb. 9, 2016.); in the second quarter of 2015, it was over half of the lawsuits in the U.S. ("Patent cases flood courts in East Texas," Longview News-Journal, Aug. 30, 2015).

On March 11 of this year, however, the United States Court of Appeals for the Federal Circuit heard argument in a case that could lead to overturning the 1990 case that allowed the dominance of the Eastern District of Texas in patent cases to happen, and, if not, there is at least one bill pending in Congress that would achieve the same result.

The story of how the Eastern District of Texas came to be an "IP law hub," or a "patent hot spot," "despite lacking major population, corporate, or technology centers," ("Forum Selling" by Daniel Klerman and Greg Reilly (Aug. 28, 2015, p.7), forthcoming in the Southern California Law Review and available for download here) is a nice lesson in unintended consequences.  Before 1988, 28 U.S.C. section 1400(b) governed venue in patent infringement cases, providing that venue is proper in a patent infringement action in either (i) the place where the defendant "resides," or (ii) where the defendant has committed acts of infringement and has a regular and established place of business.  Where a corporation "resides," for purpose of this statute, has been consistently interpreted as the state of incorporation.  Thus, under 1400(b), a corporation incorporated in Delaware with its sole place of business in Ohio, for example, could be sued in either of those places, but nowhere else, even if it sells the infringing produce all over the United States.

That was the law until 1988, when Congress made certain housekeeping amendments to the general venue statute, including the section on corporate venue, 28 U.S.C. section 1391(c), which now stated that 1391 defined proper venue over a corporation "[f]or purposes of venue under this chapter." In VE Holding Corp. v. Johnson Gas Appliance Co., 917 F.2d 1574 (Fed. Cir. 1990), the Federal Circuit ruled that the "under this chapter" language meant that, for purposes of venue over a corporation in patent cases, section 1391(c) prevailed over the narrower definition of venue in Section 1400(b) – which was set forth later in "this chapter."

Amended section 1391(c) also provided that a corporation could be sued in any district that had personal jurisdiction over the defendant. Thus, to use the previous example, a business incorporated in Delaware and operating out of Ohio that deliberately sold goods into another state, such as Texas, could be sued for patent infringement in that other state.  Due to the interpretation of the venue statutes in VE Holding, plaintiffs have the choice of suing a corporate defendant that does business nationwide in virtually any district in the country.

Forum-shopping plaintiffs generally choose to sue in their "home" district. The Eastern District of Texas, however, became attractive to forum-shopping, out-of-state, patent owners due to what a recent article calls "forum selling" by the judges in the District.  ("("Forum Selling" by Daniel Klerman and Greg Reilly (Aug. 28, 2015), forthcoming in the Southern California Law Review and available for download here).  The article contends (p. 3) that judges in the Eastern District of Texas have succeeded in attracting patent litigation to the district by adopting pro-plaintiff practices in such areas as "case assignment, joinder, discovery, transfer [of venue], and summary judgment," enabling the Eastern District of Texas to become one of the more popular venues for patent infringement lawsuits, "in spite of the fact that this district is home to no major cities or technology firms."   See also 'Perfect Storm' Leads To Record Number of EDTX Patent Suits," Law360,  (Feb. 9, 2016) ("The Eastern District of Texas is an attractive venue for patent suits . . . since its policies are perceived to be favorable to plaintiffs, such as a speedy timetable for trials that can put pressure on defendants to settle.").

A recent development, however, calls into question the basis for allowing anyone and everyone to sue in the Eastern District. A patent infringement defendant, TC Heartland, LLC, has sought to have venue of the case transferred to its state of incorporation from the district in which it was filed, on the ground that a recent (2011) amendment to 28 U.S.C. section 1391 supersedes VE Holding and because venue is improper under section 1400(b) .  When the motion was denied, the defendant petitioned the Federal Circuit for a writ of mandamus to order the transfer of venue.  The case, captioned In re TC Heartland, LLC, 16-105, was argued on March 11, 2016.

The principal argument for overturning VE Holding is that a 2011 amendment removed from section 1391(c) the "under this chapter" language on which the court relied in VE Holding, and in fact added a new subsection (a) to 1391, stating that the section governs venue "[e]xcept as otherwise provided by law."  According to the petitioner in TC Heartland, the former deletion and the latter addition taken together mean that, for purposes of determining proper venue in patent cases, the specific corporate venue provision of section 1400(b) again prevails over the default corporate venue provision of 1391(c).  The case does not directly implicate the Eastern District of Texas; TC Heartland is trying to get the case transferred out of Delaware, to Indiana.  Nevertheless, if venue over corporate defendants were deemed to be governed by the stricter test of Section 1400(b), East Texas would lose most of its patent litigation business.

The Federal Circuit of course, may deny the petition. In fact, one Federal Circuit judge, Judge Bryson, sitting by designation in a case in the Eastern District of Texas, recently rejected the argument made in TC Heartland, ruling that VE Holding was unaffected by the 2011 statutory amendment. Script Security Solutions, LLC v. Amazon.com Inc., No. 2:15-cv-1030-WCB, Doc. No. 124, p. 10 (March 17, 2016).

Regardless of whether the Federal Circuit accepts or rejects the position argued in TC Heartland, I expect Congress to adopt, eventually, some restriction on patent infringement venue. There was recently introduced into Congress the "Venue Equity and Non-Uniformity Elimination Act of 2016" (S. 2733), which would expressly provide that section 1400(b) governs venue over a corporate defendant in patent cases, "notwithstanding subsections (b) and (c) of section 1391."

Some sort of correction seems overdue. No one can seriously assert that Congress intended that over half of U.S. patent litigation should occur in two small towns in Texas.  Sooner or later, it is reasonable to expect that the availability of nearly unlimited forum-shopping that has led to East Texas patent boom will be curtailed, if not by judicial interpretation, then by legislative action.