Will the Supreme Court of the United States find that "Offensive" Trademarks are Protected by the First Amendment? (Authored by Faruki Attorney, Stephanie A. Franxman at sfranxman@bgdlaw.com) 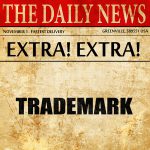 Simon Shiao Tam is the front man for a band called The Slants.  The Slants are composed of Asian-Americans who intend to use the term "slants" in a positive manner.  Nonetheless, Tam’s trademark application for "The Slants" was denied based on the disparagement provision of the Lanham Act.  The Lanham Act was enacted in 1946 to govern trademarks, service marks, and unfair competition.  The part of the Lanham Act at issue in Lee v. Tam is 15 U.S.C. 1052(a) which, in part, states:

"No trademark by which the goods of the applicant may be distinguished from the goods of others shall be refused registration on the principal register on account of its nature unless it— (a) Consists of or comprises immoral, deceptive, or scandalous matter; or matter which may disparage or falsely suggest a connection with persons, living or dead, institutions, beliefs, or national symbols, or bring them into contempt, or disrepute…"

The questions and comments posed by the Justices during oral argument drew out a few of the more interesting aspects of the case.  Those aspects include what, if any, legitimate interest the government has in refusing a trademark it deems "disparaging," whether there is an aspect of government speech involved, whether the limited nature of trademark registration drives the first amendment analysis of the case, and whether the statute is unconstitutionally vague.

Justice Breyer noted that the ultimate purpose of trademark law is to identify the source of a product, and asked the government to relate the disparagement aspect of 1052(a) to that purpose.  Transcript of Oral Argument at 7, Lee v. Tam, No.15-1293, available at https://www.supremecourt.gov/oral_arguments/argument_transcript.aspx.  The government’s attorney argued that disparaging marks distract from the purpose of trademarks in identifying the source of the mark.  Justice Breyer did not appear at all convinced with the argument stating "… one of the great things of 99 percent of all trademarks is they don’t just identify; boy, do they distract."  Id. at 10.

Justice Kagan pointed out that one of the things "that troubles [her] about this case" is that "there are aspects of this program that seem like government speech itself, maybe not quite that, but something approaching it."  Id. at 38.  She notes that the government publishes its own publication listing the registered trademarks and sends that publication to foreign countries.  Id.  She doubts "anybody would ascribe them to the government, but the government republishes them, communicates them, and so forth."  Id.  Justice Ginsburg followed Justice Kagan and asked "doesn’t the government have some interest in disassociating itself from racial ethnic slurs?"  Id. at 39.

The issue of whether trademark registration is a constitutionally impermissible limit on free speech given its limited scope was given substantial attention by the Justices.  Justice Sotomayor pointed out "[t]his is a bit different than most [First Amendment] cases.  No one is stopping your client from calling itself the Slants.  No one is stopping them from advertising themselves that way, or signing contracts that way, or engaging in any activity, except that stopping someone else from using the same trademark.  But even that they could do.  Because you do not need a registered trademark to sue under the Lanham Act’s entitlement for the confusion of the public in the use of any kind of registered or unregistered mark…  You are asking the government to endorse your name to the extent of protecting it in a way that it chooses not to."  Id. at 29.

The issue of vagueness in 1052(a) seemed to carry weight with Justices Ginsburg and Kennedy.  1052(a) bars the registration of disparaging marks but does not define disparagement; consequently, the interpretation of what constitutes a "disparaging" mark is subjective.  That subjectivity resulted in inconsistent applications of 1052(a) to various registrants.  Justice Ginsburg stated she had "large concern with vagueness" noting that one trademark application with the word "Heb" was approved while another application with the same word was denied.  Id. at 25.  Perhaps the most telling question of the entire argument was one by Justice Kennedy.  While presenting an alternate hypothetical, Kennedy included a seemingly offhand comment about the vagueness issue:

"Suppose we had this hypothetical case.  The facts are largely parallel to these, other than the band are non-Asians, they use makeup to exaggerate slanted eyes, and they make fun of Asians.  Could the government, under a properly-drawn statute, decline to register that as a trademark in your view?" Id. at 27.

If the Court finds that 1052(a) is unconstitutionally vague, then the USPTO will not be able to enforce the provision – at least until the statute is amended to correct the vagueness problem.  If the Supreme Court overturns the Federal Circuit Court and finds that 1052(a) does not violate the First Amendment, then the status quo of the last 30 years of trademark law will be upheld.  If the Supreme Court upholds the Federal Circuit Court’s finding, then anyone who was unable to register a disparaging trademark (or had their trademarks questioned like the Cleveland Indians and Washington Redskins) will be able to secure trademark protection regardless of the offensive nature of a mark.