Prior Public Corruption Trials Show How the Government May Prove Cases Against Indicted Cincinnati Councilmembers Jeff Pastor and P.G Sittenfeld 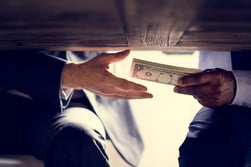 The recent indictments of members of the Cincinnati City Council on bribery charges may thrust the Supreme Court's 2016 interpretation of the meaning of "official act" under the federal bribery statute, and previous trials dealing with that definition, into our local spotlight.  The cases against Cincinnati Councilmen Sittenfeld and Pastor – and potentially other councilmembers that may be indicted, which U.S. Attorney Devillers suggested may happen – may now similarly focus on what constitutes an "official act" under federal public corruption crimes.

The trials of Governor Cuomo's former aide Joseph Percoco, New York state representative Sheldon Silver, and New York state senator Dean Skelos were some of the first cases that dealt with the new definition of an "official act" that the Supreme Court set forth in its 2016 reversal of Virginia Governor Robert McDonnell's conviction, and which is a critical element of various public corruption crimes.  After the Supreme Court's decision, the United States charged Percoco with honest services wire fraud and extortion under color of official right.  The United States had obtained convictions on similar charges against Silver and Skelos, but the convictions were vacated as a result of the Supreme Court's 2016 decision; however, the United States subsequently retried both cases.  All of the alleged crimes required that the government prove Percoco, Silver, and Skelos accepted a bribe or something of value in exchange for an "official act."

The Percoco trial included dramatic details, such as Percoco and his confederates not-so-cleverly calling their construction contract bribes "ziti," in a life imitating art reference to HBO's The Sopranos.  However, the Percoco trial also provides a good illustration of how the United States established that Percoco engaged in conduct that met the Supreme Court's new definition of an "official act."  Now, that illustration provides insight into what U.S. Attorney Devillers – or more likely, his head white collar assistant prosecutors Tim Mangan and Emily Glatfleter – will have to prove at a potential trial of Mr. Sittenfeld or Mr. Pastor.

The federal bribery statute, 18 U.S.C. § 201, defines an "official act" as "any decision or action on any question, matter, cause, suit, proceeding or controversy, which may at any time be pending, or which may by law be brought before any public official, in such official's official capacity, or in such official's place of trust or profit."[1]  This definition essentially has two elements.  First, the government must identify a "question, matter, cause, suit, proceeding or controversy" that is before or can be brought before the public official.[2]  Second, the government must prove that the public official made a decision or took an action "on" the issue brought before or that could have been brought before the public official.[3]  Determining the scope of conduct that falls within this definition can be problematic, as evidenced by the tossed convictions of three high-profile officials:  former Virginia Governor Robert McDonnell and New York State Senators Sheldon Silver and Dean Skelos.[4]

In its June 2016 session, the Supreme Court heard the Virginia Governor's case, McDonnell v. United States, and weighed in to address the problems with the scope of the definition of an "official act."  The Court specified that the first element of the definition requires a formal exercise of governmental power.  The Court concluded this requirement of a formal exercise of power is the connotation of the "cause, suit, proceeding, or controversy" language in the definition of an official act. In turn, the Court explained that "question" and "matter" must be interpreted in consideration of the words that follow: "cause," "suit," "proceeding," and "controversy."  Thus, "question" is understood "as a subject or point of debate or a proposition being or to be voted on in a meeting, such as a question before the senate."[5]  A "matter" is "limited to a topic under active and usually serious or practical consideration, such as a matter that will come before the committee."[6]  Read together, the entire phrase requires an official governmental proceeding that involves an exercise of governmental power, e.g., an agency determination or committee hearing.[7]  For example, the Court agreed that government committee decisions on whether state universities would undertake certain scientific research projects, or whether a state commission would allocate grant money for a study, constitute "questions" or "matters" because "each involve[d] a formal exercise of governmental power that is similar in nature to a lawsuit, administrative determination, or hearing."[8]

So did Percoco take an official act in exchange for some ziti?  Among many of the government allegations was the allegation that Percoco helped a construction firm by using his official position to influence the decision of a New York economic development agency (the "ESD").  The indictment stated that the local ESD director determined the construction firm's project triggered a requirement for a labor peace agreement -- a costly determination for the construction firm.  Percoco is alleged to have accepted 35,000 in cash ziti from the construction firm and then called up the chain to a Deputy State Operations Director; and, three days later -- voila -- the local ESD director reversed the decision requiring the costly labor peace agreement.

Under these facts, proven at trial, the jury found Percoco checked all the boxes required to meet the definition of an official act.  As the Supreme Court explained, the first element is satisfied where there is a formal exercise of governmental power such as an agency determination or committee hearing.  The second element requires that the public official take an official decision or action "on" the formal exercise of power, and can be satisfied by one official exerting pressure on another official to perform a decision or action on a formal exercise of power.  Here, the ESD determination on whether or not a peace labor agreement is required fulfilled the first element as it constituted an agency determination.  In turn, Percoco's act to pressure the Deputy State Operations Director to have the local ESD director reverse the initial ESD's determination on the peace labor agreement met the second element because Percoco pressured the Deputy to act on the ESD determination.

Not all of the allegations in the Percoco case fit so nicely into the Supreme Court's new and improved definition of an official act.  Keep an eye out for nuances and complexities as the Pastor and Sittenfeld cases develop.  More importantly, remember that Mr. Sittenfeld and Mr. Pastor are presumed innocent.

+ Augustus Flottman is a defense attorney that has tried multiple white-collar criminal cases, including defending Doug Evans and Evans Landscaping, in front of Cincinnati's federal judges