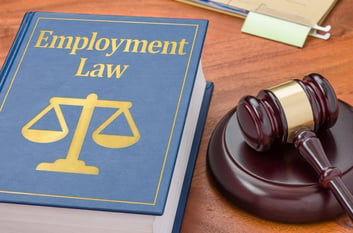 On February 7, 2022, the Sixth Circuit affirmed summary judgment in a pair of employment cases.  Russell v. Three Pillars, 21-1481 (6th Cir. 2022); Pio v. Benteler Automotive Corp., 21-1231 (6th Cir. 2022).  In each of the cases, the Court concluded that the plaintiff had failed to establish a prima facie case of discrimination, which is necessary in most cases to bring an employment discrimination claim to trial.

Unsurprisingly, employment discrimination plaintiffs often lack direct evidence.  When employment discrimination cases are supported by circumstantial evidence, federal courts follow a burden-shifting framework established by the United States Supreme Court in McDonnell Douglas Corp. v. Green, 411 U.S. 792 (1973) and Texas Dept. of Cmty. Affairs v. Burdine, 450 U.S. 248 (1981).  Under this framework, a plaintiff must first establish a prima facie case of discrimination by showing: (1) the plaintiff is in a protective class; (2) the plaintiff was subject to an adverse employment decision; (3) the plaintiff was qualified for the position; and (4) the plaintiff was replaced by a person outside of the protected class.  Thompson v. Fresh Prods., LLC¸985 F.3d 509, 522 (6th Cir. 2021).  After the plaintiff establishes a prima facie case, the defendant has the opportunity to "articulate some legitimate, nondiscriminatory reason for the [decision]."  Blizzard v. Marion Tech. Coll.¸698 F.3d 275, 283 (6th Cir. 2012).  If the defendant articulates a legitimate, nondiscriminatory reason, then the plaintiff must provide some evidence demonstrating that the defendant's articulated reason is pretext.  Id.

In Russell, the plaintiff filed claims under both Michigan and federal law alleging that she was passed over for a high school principal position and demoted because of her gender.  The court held that she failed to establish a prima facie case on her failure to promote case because she did not apply to the principal position.  In a failure to promote case, the second part of the prima facie case requires that the plaintiff applied for and was qualified for the position, but was denied.  Crane v. Mary Free Bed Rehab. Hosp., 634 F. App'x 518, 524 (6th Cir. 2015).  The Russell plaintiff attempted to excuse her failure to apply by arguing that her demotion demonstrates that applying would have been futile.  The court held that she failed to point to evidence that would establish "gross and pervasive discrimination on the basis of sex."  (The court held that although she established a prima facie case as to her demotion claim, she failed to provide evidence that the employer's stated reason for the demotion—poor performance—was pretextual.  The court also held that she could not bring her federal claims because she had failed to exhaust administrative remedies.)

In Pio, the plaintiff argued that he was terminated from his job during a reduction in force ("RIF") due to his age, race, and national origin.  The plaintiff had been employed at the defendant for 22 years, until the employer's RIF in 2018.  The employer compiled a list of factors that would determine the list of employees selected for the reduction, which included the plaintiff.  The plaintiff brought claims under both federal and Michigan state law.

In a RIF case, the fourth element of the prima facie case is modified.  Rather than demonstrating that he was replaced by a person outside of his protective class, a plaintiff in a RIF "provide 'additional direct, circumstantial, or statistical evidence tending to indicate that the employer singled out the plaintiff for discharge for impermissible reasons.'"  Geiger v. Tower Auto., 579 F.3d 614, 623 (6th Cir. 2009) (quoting Barnes v. GenCorp, 896 F.2d 1457, 1465 (6th Cir. 1990)).  To meet this prong, the plaintiff attempted to identify a younger person of a different race and national origin who was retained, but the court held that this was insufficient.  It was similarly insufficient for the plaintiff to demonstrate that the average age of those let go was higher than the average age of those retained.  To create an inference of discrimination, the court observed, "statistics must show a significant disparity and eliminate the most common nondiscriminatory explanations for the disparity."  Thompson, 985 F.3d at 526 (quoting Peeples v. City of Detroit, 891 F.3d 622, 635 (6th Cir. 2018)).  The plaintiff also argued that the employer preferred to retain employees of Burmese descent, but the court held that the plaintiff failed to provide any evidence (circumstantial or otherwise) that his race played any part in his discharge.  Although the plaintiff attempted to provide statistical evidence to support his claims, the court noted that they were presented without any statistical expert or other analysis demonstrating the significance of the purported statistics.

In wrapping up its analysis, the court also explained that summary judgment was appropriate as to the plaintiff's claims even if he had established a prima facie case because he failed to identify evidence that any proffered reason for selecting him for the RIF was pretextual.  The court affirmed summary judgment on all of his claims.

Although it is "not onerous" to establish a prima facie case (Ferrari v. Ford Motor Co., 826 F.3d 885, 894 (6th Cir. 2016)), the requirement should not be overlooked.  As demonstrated by both of these recent Sixth Circuit cases, the prima facie case is not a mere formality, its application can be fact- and context-specific, and the failure to show a prima facie case will sink a plaintiff's claims.