Last week, indeed Friday the 13th, President Obama convened a “Cyber Summit” of business, technology and government leaders to address mounting digital security concerns. While data breaches, hackers and national security interests were top-of-mind for the White House and many in attendance at the Stanford University conclave, Apple CEO Tim Cook took the occasion to reinforce his view (and Apple’s) that security at the expense of privacy is an unacceptable tradeoff: “So much of our information now is digital: photos, medical information, financial transactions, our most private conversations. It comes with great benefits; it makes our lives better, easier and healthier.” Cook further stated, importantly:

“People have trusted us [Apple, and other tech giants, presumably] with their most personal and private information and we must give them the best technology we can to secure it. . . . Sacrificing our right to privacy can have dire consequences. We live in a world where people are not treated equally.  There are people who don’t feel free to practice their religion, express their opinion, to love who they choose.”

Cook’s comments frame the inherent tension that has emerged in the digital world in which we live: what price (or value) do we abide to interact and co-exist digitally while at the same time, fiercely protecting our individual privacy interests? Can we have it both ways? Surely, the fact that the White House felt it imperative to convene a summit demonstrates the critical nature of this challenge at both the institutional and individual levels, although the primary driver of governmental interest is arguably one of protecting national security.

For all of the technological and scientific advancements occurring in our lifetimes, the latter half of the 20th Century will be indelibly remembered for the expansive and breakneck discoveries and advances in information technology. Indeed, the very nature of our interpersonal relationships is marked and re-defined by our engagement with technology, and what we share about ourselves, knowingly and often, unknowingly.

Think of all of the tracking mechanisms embedded in your smartphone, tablet, desktop, favorite and regularly-trafficked websites and programs. In many ways and multiple times daily, we are feeding information about ourselves and others into electronic devices. That information (be it photographs, information about where we are shopping, eating, doing business, etc.) may be of little interest or consequence disaggregated, but when combined with other information about us, or about us and others similarly situated or inclined, becomes much more interesting and powerful. This is not meant as a criticism, but rather recognition of fact. Much has been made of the security risks of having so much information moving about digitally, but there also are amazing benefits to individuals and businesses by the amount of information to be gleaned from, for instance, shared social interests, consumer preferences, political opinion and the like.

It wasn’t more than a generation ago that science fiction movies depicted people being tracked by embedded microchips (indeed, many pet owners today use this very technology to keep track of and protect Fido and Fluffy). While we haven’t gotten to the point of embedding microchips in every citizen to track their whereabouts and behaviors, to a great extent many if not all of us opt to participate in the digital economy — and, practically speaking — voluntarily submit to various degrees of digital tracking. Indeed, many companies such as Facebook and Google provide incentives and free service in exchange for collecting personal data from users. A recent development approaches online behavior tracking from a different, and potentially more controversial, perspective.

This week, AT&T switched on a new service in Kansas City, Missouri providing hyper-fast fiber‑optic access to the Internet. Originally introduced in Austin, Texas in 2013, the new service, “GigaPower,” not only provides more accelerated service, but also allows AT&T to track its user’s Internet activities. The February 19, 2015 Wall Street Journal reports that:

“AT&T’s new service uses search terms entered, web pages visited, and links clicked. The tracking remains in effect even if you clear cookies, use an ad block program or switch on a browser’s do-not-track settings.  The company uses the data it collects to help advertisers target ads on web pages, email messages or direct mail.”

AT&T’s GigaPower (one gigabit-per-second service) is available for $70 a month. However, for those wishing to avoid their user behavior being tracked by AT&T, it will cost an additional $29 per month. AT&T portrays the GigaPower privacy charge not as an additional expense to those wishing to opt out of tracking but rather as a price discount to those subscribers willing to be tracked. It remains to be seen how many consumers will migrate to AT&T’s GigaPower service and how broadly the company will roll out that service beyond its present locations.

While (possibly) of less immediate urgency than the digital security issues raised at President Obama’s Cyber Summit, arguably of broader import is the question such a $29 per month opt-out fee presents: What is the price of our privacy?

The challenge of protecting personal liberties, such as reflected in Tim Cook’s recent comments in Palo Alto, bear thoughtful but deliberate consideration. If other telecommunications and Internet companies follow AT&T’s lead and charge fees for the right to opt out from leaving a digital footprint, do we risk creating a societal divide between those who can afford to protect their privacy and those who cannot? Does the right to privacy only exist for some, but not all? 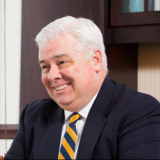