Will the Real Stephen Colbert Please Stand Up?

For nearly two decades, Stephen Colbert entertained and educated many of us as his ultra-conservative and faux-newscaster alter-ego, “Stephen Colbert.” The character first appeared in 1996 on The Dana Carvey Show. The following year, Colbert (the character) graduated to the role of correspondent on The Daily Show, before helming his own show, The Colbert Report, from 2005 to 2014.  Read complete article. 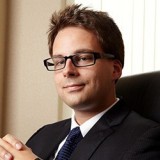