Is The Most Competitive League in Sports Harming Competition in the Pro-Football Marketplace?

According to a proposed class of similarly situated sports bars and consumers, the answer is yes. On Friday, October 16, a new lawsuit was filed in a New York federal court accusing the National Football League ("NFL") of conspiring with DirecTV and other pay-television networks to inflate the cost of watching football games by selling broadcast rights collectively instead of on a team-by-team basis. Trilogy Holding, LLC, et al. v. National Football League, Inc., No. 12-cv-8118 (S.D.N.Y. Oct. 16, 2015).  The full text of the complaint can be found here.  Recently, the Sunday Ticket arrangement has been the subject of no fewer than a dozen proposed-class action antitrust lawsuits.  However, Trilogy Holding differs from the masses by adding television network co-defendants, including CBS Corporation ("CBS"), Fox Broadcasting Company ("Fox"), NBCUniversal Media ("NBC"), and ESPN (collectively, the "Network Defendants").

The Triology Holding complaint alleges that NFL Sunday Ticket, offered exclusively through DirecTV, is anticompetitive because it provides the only way to watch games other than the limited number broadcast through sponsored telecasts or on certain cable channels.  It asserts that this "doubly overcharges Sunday Ticket purchasers," by allowing for monopoly pricing and forcing class members to pay for access to all 32 teams' games, even if they are only interested in a few teams. Compl. ¶ 8.

The complaint identifies three sources of anticompetitive arrangements that result in "supracompetitive pricing" and "unlawfully protected market power." Compl. ¶ 13.  First, it alleges a horizontal conspiracy in that the 32 NFL teams ("the Teams") have agreed not to avail themselves of cable, satellite, or Internet distribution channels individually, and instead, sell their out-of-network games jointly.  Second, the complaint alleges that the Teams have agreed to make NFL Sunday Ticket the only way to view games other than the limited selection of games broadcast on cable.  As mentioned previously, this requires the purchase of the bundle of all 32 teams.  Finally, the exclusivity arrangement with DirecTV further increases the ability to charge exorbitant prices to class members and constitutes a vertical conspiracy, the complaint alleges.  It notes that the comparable bundles of Major League Baseball ("MLB"), National Hockey League ("NHL"), and National Basketball Association ("NBA") games are each available from multiple distributors, and not coincidentally, sold at significantly lower prices.

Distinguishing itself from the other proposed antitrust class actions pending against the NFL and DirecTV regarding NFL Sunday Ticket, the Trilogy Holding class also asserts that this scheme protects the five television networks that currently contract with the NFL to broadcast regular season NFL games: ESPN, NFL Network, CBS, NBC, and Fox.  By limiting the availability of competing products, the complaint alleges that the agreements drive up the market share and value of the Network Defendants' broadcasts.  The plaintiffs claim that this permits the Network Defendants to increase advertising revenue and demand higher retransmission fees from cable and satellite providers, which are in turn passed on to the class members.

So, what's the story behind the recent wave of antitrust lawsuits attacking this 21-year old arrangement? Two recent developments in sports law:

First, in 2010, the Supreme Court of the United States ruled in American Needle, Inc. v. National Football League that each NFL team is a substantial, independently owned and managed business, whose objectives are not common.  560 U.S. 183, 130 S. Ct. 2201 (2010).  Accordingly, it held that the Teams are capable of violating Section 1 of the Sherman Antitrust Act if they conspire not to compete when making licensing deals.

Second, strikingly similar class actions against sports leagues and television providers have been gaining traction, and success, in the past two years. In September, the NHL entered into a nonmonetary settlement with a similar class who accused the NHL of conspiring to inflate the price of broadcast rights for games in Laumann et al. v. National Hockey League, No. 1:12-cv-01817 (S.D. N.Y.). The suit alleged that the packages for games were inflated, leaving customers with little choice as to what games they could watch in their regions and frustrating competing broadcasts of other teams.  The settlement requires the league to institute price cuts and offer more varied subscription options.

On the same day that the NHL's settlement was finalized, the Court of Appeals for the Second Circuit refused to hear appeals regarding class certification in a related antitrust suit brought by a group of television subscribers who claim to have overpaid to watch MLB games because of collusion between the league and pay-TV providers, Comcast Corporation and DirecTV. Garber et al. v. Office of the Commissioner of Baseball, Major League Baseball Enterprises, Inc. et al, No. 1:12-cv-3704 (S.D. N.Y.).  The class seeks an injunction forcing defendants to end agreements that block teams and regional sports networks from selling their content directly to customers outside their home territories.

Although it will be some time before we know whether the NFL, DirecTV, and the Network Defendants entered into an unlawful agreement, combination, and conspiracy in restraint of trade and in violation of the Sherman Act, the Garber trial regarding the comparable allegations against the MLB is scheduled for January 18, 2016.  The NFL, as well as the rest of sports junkies, will surely be watching closely. 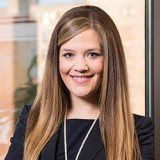