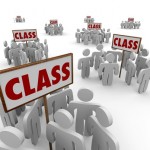 In the early stages of defending class actions, one of the first questions is – why don't we just settle with the named plaintiff and end the claim before we spend a lot of time and money defending the case? There are practical and legal impediments to such a strategy.  For example, it is typically easy to find a new class plaintiff and substitute him or her for the one who has settled.  An early settlement, if accepted, may set a standard for damages in the next law suit with a new plaintiff.  Securities and consumer class actions typically cannot be settled for that reason.

However, consider the case where the damages are statutory, the sum is modest, and the Plaintiff should readily accept the proposal. If that happens, then perhaps defense counsel has identified another tool in their chest for nipping these cases in the bud.

A variation of that idea was recently tested (and rejected) by the U.S. Supreme Court. Campbell-Ewald Company v. Gomez, 577 U.S. ___ (2016) involved a class action based on an alleged violation of the Telephone Consumer Protection Act ("TCPA").  The TCPA prohibits any person, absent consent, from making any call using any automatic telephone dialing system. Under the TCPA, a text message to a cell phone qualifies as a "call."

Defendant Campbell, an advertising agency, was hired by the U.S. Navy to call persons who were targeted because of their age and interest in enlisting in the Navy. In other words, the Navy was looking for new recruits.  Campbell developed a program that sends text messages to young adults and encourages them to learn more about the Navy.  The Navy approved Campbell's program, but instructed that text messages only be sent to individuals who had "opted in" (consented) to receive marketing solicitations – an attempt to comply with the TCPA.  In its final form, the message read: "Destined for something big?  Do it in the Navy.  Get a career.  An education.  And a chance to serve a greater cause.  For a FREE Navy video call [phone number]."

This text message was transmitted to over 10,000 recipients, including Jose Gomez. Mr. Gomez claimed that he never opted in or consented to receive the text message.  In particular, Mr. Gomez claimed he was older than the Navy's target demographic, and had no interest in enlisting.  He filed a class action complaint alleging that Campbell violated the TCPA.  Mr. Gomez sought, among other damages, $1,500 for every alleged violation of the Act.  The statutory penalty was $1,500, and there was no provision for attorneys' fees.

Prior to filing a motion for class certification, Defendant Campbell offered to settle Gomez's claim for $1,500, plus court costs and an injunction agreeing not to contact people who were outside the targeted area. The offer was made under Fed. R. Civ. P. 68.  Mr. Gomez did not respond to the offer within the fourteen days permitted under Rule 68, and the case moved forward.

Campbell argued that the case could not proceed because there was no case and controversy. Campbell was willing to pay Gomez's claim in full by offering him more than he could receive in litigation.  He would receive what he demanded – how could he proceed?  Mr. Gomez argued that there was still a controversy because he did not accept the offer.

The Supreme Court, applying traditional principles of contract law, concluded that the Rule 68 offer had never been accepted. Writing for the Court, Justice Ginsburg explained that absent an acceptance, a controversy remained even if Plaintiff was simply trying to establish liability.  "Once unaccepted," Justice Ginsburg wrote, "the offer is off the table."  The Court declined to resolve the hypothetical question of whether the result would change if a defendant deposited the full amount of plaintiff's individual claim into an account payable to the plaintiff, and the court entered judgment for the plaintiff in that amount.

Defense counsel are incredulous by this result, certainly the position taken by the dissent: Justices Roberts, Kennedy and Scalia.  They argued that a plaintiff who can obtain as much, or more, from the defendant has had his day in court and should not be permitted to proceed.  For plaintiffs, the moral of the story is simple:  Be wary of early settlement offers. 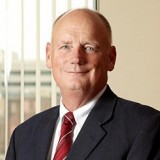