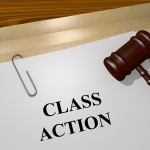 The U.S. Supreme Court will rule on a number of class action cases this term.  Its decision in Tyson Foods, Inc. v. Bouaphakeo could have major implications on standing issues, class certification prerequisites, evidentiary matters, and damages requirements in class actions.  One of the main issues in the case is whether a plaintiff class can be certified or maintained if it contains uninjured members who cannot be culled prior to judgment.[1]  The case revolves around the use of statistical averaging and modeling to establish damages for a broad class of plaintiffs.

At trial, the plaintiffs in Tyson Foods won a jury verdict against food industry giant Tyson Foods for millions of dollars.  Brief for Respondents, pp. 20-21.  Plaintiffs are hourly pork processing plant workers.  Id. at 1; Brief of Petitioner, p. 2.  They claim that Tyson Foods failed to pay them overtime wages for time they spent putting on and removing protective equipment and walking between the locker room and production floor.  Id.  In its appellate brief, Tyson Foods highlights dissimilarities in the class members, pointing out that the class consists of workers from a variety of jobs, with significant differences in the equipment that they wore, the time spent taking it on and off, where they worked in the plant, and the total number of hours individual workers spent on other work activities in any given week.  Brief of Petitioner, pp. 2-3.  Additionally, the plaintiffs' expert admitted that hundreds of the class members worked no unpaid overtime.  Id. at 21.  To prove their damages, plaintiffs used statistical averages and "employed inferential proof" rather than relying on actual time records (which, plaintiffs argued, do not exist).  Brief for Respondents, pp. 1-2.  Plaintiff states that Tyson Foods failed to keep time records, in violation of state and federal law.  Id. at 1.

On the issue of whether a class can be certified or maintained if it contains uninjured members, Tyson Foods argues that the trial court erred in certifying the class of over 3,000 workers.  It states that "questions of whether individual workers were deprived of any overtime compensation—and if so, how much—overwhelmed any common legal questions concerning whether those activities were compensable 'work.'"  Brief of Petitioner, p. 3.  Tyson Foods emphasizes that "plaintiffs' own damages expert acknowledged that there are hundreds of class members who worked no unpaid overtime and, thus, were not entitled to additional compensation.  As a result, [those class members] are now beneficiaries of the jury's lump-sum judgment in favor of the class."  Id. at 21.  Therefore, Tyson Foods argues, the federal courts lack authority under Article III of the Constitution to award the judgment.  Id.  Specifically, federal courts cannot provide relief to plaintiffs (whether in individual or class actions) who have not suffered, or will not imminently suffer, actual harm.  Id. at 44-45.  Instead, Tyson Foods argues, each class member "must show that he [or she] suffered an 'injury in fact' that is fairly traceable to the defendant and likely to be redressed by a favorable decision from the court."  Reply Brief of Petitioner, p. 17, citing Lujan v. Defenders of Wildlife, 504 U.S. 555, 560-61 (1992).

In response, plaintiffs argue that a class can be certified even if some class members cannot prove damages.  Brief for Respondents, p. 51.  Plaintiff asserts that, when multiple plaintiffs join together in a class action, Article III is satisfied as long as one member of a certified class has a plausible claim to have suffered damages.  Id. at 52.  "The presence of class members with no compensable damages poses no Article III problem."  Id.  Plaintiffs argue that the "merits question of plaintiff's ultimate proof of damages,” is a separate, subsequent issue from whether the class can be certified without proof that all class members were injured.  Id. at 53-54.  Thus, "'[h]ow many (if any) of the class members have a valid claim is the issue to be determined after the class is certified.'"  Id. at 54, quoting Parko v. Shell Oil Co., 739 F.3d 1083, 1085 (7th Cir. 2014) (emphasis in original).

The Supreme Court's decision in Tyson Foods, either way, likely will affect parties' settlement strategies, including the timing of negotiations, because the number of class members is almost always a consideration. A decision in favor of Tyson Foods would hinder plaintiff classes that strive to include as many members as possible. Given Tyson Foods' alleged failure to keep required time records, a decision by the Court in favor of the plaintiffs may be limited to circumstances in which defendants similarly failed to keep such records. Our firm, Faruki Ireland & Cox, has defended against a number of class action cases and will be monitoring how the Supreme Court rules on the important issues raised in Tyson Foods.

[1] Specifically, Tyson Foods frames the question presented as: "Whether a class action may be certified or maintained under Rule 23(b)(3)…when the class contains hundreds of members who were not injured and have no legal right to any damages."  Brief of Petitioner, No. 14-1146, p. (i).  See also Reply Brief of Petitioner, p. 17.