"We are masters of the unsaid words, but slaves of those we let slip out." – Winston Churchill

On January 1, 2015, California Senate Bill 568, titled "Privacy Rights for California Minors in the Digital World," (the "Privacy Law") took effect.  Among other provisions, the new Privacy Law includes the "Eraser Law," which gives California minors a right to delete content that they posted to a website, social media profile, or online service while under the age of 18. S.B. 568.[1] In other words, the new law protects minors who post content online from later dealing with the consequences of what they post. Its proponents are hailing the first-in-the-country law as a good step toward giving under-18 Internet users a chance to remove regrettable postings and preserve their reputation. The problem, however, is that the new law is focused on remedying the wrong issue. Internet users already have the ability to remove their own embarrassing content, and the new Privacy Law does not change that.[2] The real issue is harmful content posted online about others (i.e., defamatory texts, embarrassing pictures, etc.).

Authored by California Senate President Pro Tem Darrell Steinberg (D-Sacramento), the Privacy Law is purportedly meant to help protect teens from bullying, embarrassment, and harm to job and college applications from online posts they later regret. "This is a groundbreaking protection for our kids who often act impetuously . . . before they think through the consequences," Mr. Steinberg said recently. "They deserve the right to remove this material that could haunt them for years to come."[3] Although the intention of the Privacy Law might be to protect users from embarrassing content that they posted and later regret, the actual effect of the new law creates a way for cyberbullies to post harmful content without consequence. It provides no protection to the targets of that harmful content. It fails to recognize that there are sometimes two "victims" from a harmful post: the person posting (which the Privacy Law protects) and any target of negative content in the post (which the Privacy Law does not protect).

There is no dispute that social media sites can be used for positive activities, such as connecting kids with friends and family, helping students with school, and for entertainment. It is also well known that people post embarrassing content online that they later wish to remove. Pictures of that "girls' night out," when you drunkenly danced on the bar. Candid photos of you passed out on the beach during Spring Break. An angry rant you posted about your boss after a particularly tough day at work. This type of content might be embarrassing and regrettable but is not harmful to anyone (other than yourself). When you sober up the next day, or cool down and realize that your rant was too extreme, you have always had the ability – if not the right – to delete the content and pretend it never existed. The Privacy Law does not change that in any way, and does not grant users the ability to do something they could not already do.

The real problem is when social media and other online forums are used to hurt, harass and bully others. Cyberbullying – the use of technology to harass, threaten, embarrass, or target another person – is a serious issue facing our teens today, and bullying has drastic effects on the victims.[4]Deleting inappropriate or harassing messages, texts, and pictures is extremely difficult after they have been posted or sent. Once the harmful content has been posted – even if it is subsequently deleted – the emotional and psychological harm to the target has been done. As courts have historically stated, you cannot "unring the bell."[5] Further, the Privacy Law does not prevent anyone from re-posting the message or require that the message actually be deleted. It only grants a legally protected right for cyberbullies to remove their harmful content so that they look clean. In other words, the new law protects the person posting the harmful message, not the victim who has been harmed.

So, when can we hold teens accountable for their actions? The United States Supreme Court has repeatedly stated that juveniles have "diminished culpability" and because of juveniles' "lack of maturity and an underdeveloped sense of responsibility," they "are more susceptible to negative influences and outside pressures, including peer pressure," and their characters are "not as well formed."[6] Further, children have a "lack of maturity and an underdeveloped sense of responsibility, leading to recklessness, impulsivity, and heedless risk-taking."[7]  Accordingly, "[f]rom a moral standpoint it would be misguided to equate the failings of a minor with those of an adult, for a greater possibility exists that a minor's character deficiencies will be reformed."[8]

However, when a teenager posts harmful content online to attack another person, he or she does that intentionally. He may be doing so without considering the long-term consequences of his actions, but that shortsightedness does not make the content any less harmful. Yet, the Privacy Law seemingly grants cyberbullies the right to avoid those consequences; it provides a way for cyberbullies to attack others online and then erase the content (after the damage is done) in order to protect their own image. In fact, under SB 568, social media sites cannot prevent cyberbullies from deleting the harmful content that they have posted about others. That bully should not be allowed to hide behind the Privacy Law in order to preserve his or her own reputation.

Granted, if the content is malicious enough, or if the effects of the content is drastic enough (i.e., results in the victim's suicide), then there are some laws in place to prosecute the offender. Current criminal laws already apply to most forms of serious cyberbullying, such as criminal harassment or uttering threats. For example, Ohio criminalizes "harassment, intimidation, or bullying," which may include cyberbullying, though there is no specific cyberbullying prohibition in its legislation. Ohio Rev. Code § 3313.666. However, when the bullying does not rise to the level of criminal conduct – which is the case most of the time – then it is generally left up to school administration or parents to deal with the problem. The Privacy Law will make prosecution of these crimes more difficult, as users will have the right to delete their posts.

Although seemingly well intentioned, the Privacy Law may have little positive effect, but significant negative consequences. The new law fails to take into account the victims of cyberbullying; the law protects kids from harming themselves, but does not help kids being harmed by others. Moreover, although SB 568 only applies to California residents, its effects may be more far-reaching. Social media companies are mindful that California is, often, on the leading edge of social legislation and will react to the law with the expectation that similar laws will follow in other states. Thus, this new "California" law will most likely affect teens across the United States who are using social media to post content online.

[2] Of the top social media sites in the world (as of January 2015), all allow users to remove content that they have posted online.

[4] Nearly 43% of kids have been bullied online. One in four has had it happen more than once. Further, bullying victims are 2 to 9 times more likely to consider committing suicide, and almost 75 percent of school shootings have been linked to harassment and bullying against the shooter. Moessner, Chris. "Cyberbullying, Trends and Tudes." NCPC.org. Vol. 6, Issue 4, April 2007; Reed, Ed.D, Cindy. "Understanding and Addressing Bullying in Schools and Communities." Auburn College of Education. 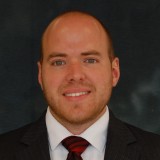